The rotary engine is coming in the first half of 2022.

Mazda has been working on a major product expansion that will come to fruition within the next two years, kicking off next month with the world premiere of the CX-50. Contrary to reports, it will be a new addition to the range rather than a replacement for the CX-5, which was recently updated for the 2022 model year in North America.

The first-ever CX-50 will ride on the same platform as the smaller CX-30 and the Mazda3, complete with all-wheel drive. It's scheduled to enter production in January 2022 at the new factory in Huntsville, Alabama representing a joint effort between Mazda and Toyota. While all the other SUVs we'll talk about shortly will be global models, the CX-50 will remain a US-only affair.

It will be followed by the CX-90 with three-row seating and CX-70 with two rows of seats. Mazda says these will have wide bodies, making them more suitable for roads in North America, but the models will be sold in other markets as well. The two large SUVs will finally inaugurate the rear-wheel-drive platform we've been hearing about for years, and these models will be sold in the US with turbocharged straight-six petrol engines and plug-in hybrid powertrains. It's worth noting that in the United States, the CX-90 will serve as a direct replacement for the CX-9.

Narrower SUVs dubbed CX-60 (two rows) and CX-80 (three rows) are coming to Europe, Japan, and other markets. The new generation of Skyactiv-X and Skyactiv-D straight-six petrol and diesel engines will be arriving on the Old Continent as well, together with a four-cylinder gas mill as part of a plug-in hybrid setup. Mazda also aims to sell the larger engines with a mild-hybrid system in Europe. At home in Japan, Mazda will offer its larger SUVs with a straight-six diesel engine fitted with mild-hybrid tech, together with a diesel-electric hybrid setup.

What is Mazda up to these days? 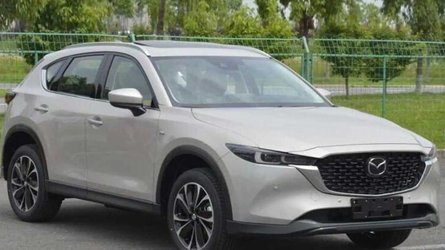 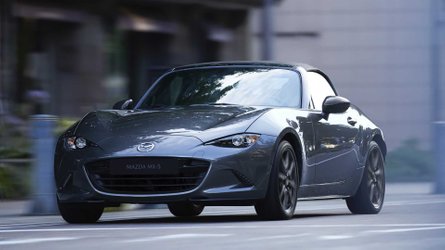 As a final note, Mazda confirms the MX-30 will finally receive a range-extending rotary engine in the first half of 2022.