The front-wheel-drive minivan comes with a choice of gasoline, diesel, and hybrid power.

Crossovers and SUVs might have taken over in Europe and most parts of the world, but that hasn't stopped Mercedes from launching a second generation of its B-Class. BMW also feels there's still enough customer demand to warrant a posh MPV by following suit with a new 2 Series Active Tourer featuring some massive design changes.

The compact luxury MPV gets a giant kidney grille sending strong X7 vibes and flanked by sleeker LED headlights optionally available with adaptive matrix tech. The profile reveals newly designed flush door handles and lower side mirrors to aid aero, while wheel size varies from 16 to 19 inches. At the back, the exhaust tip has been integrated below the bumper to enable a cleaner look and the taillights are now slimmer to lend the people-mover a more modern appearance.

Compared to its predecessor, the second-gen model is 32 millimetres longer (at 4386 mm) and 24 mm wider (at 1824 mm) while the wheelbase has remained intact, at 2670 mm. It stands tall at 1576 mm while the front and rear tracks have been widened by 25 mm (1586 mm front / 1586 mm rear). The tweaked proportions along with active aero tech such as adjustable flaps in the upper and lower grilles have lowered the drag coefficient to 0.26.

The interior has been completely redesigned to accommodate BMW's iDrive 8 operating system, now with a 10.25-inch digital driver's display and a 10.7-inch touchscreen for the infotainment. The elongated centre armrest includes the start/stop and hazard buttons, along with the tiny automatic gear lever, electronic parking brake, and a rotary knob to control audio volume. The "floating" console has freed up space underneath, which can be used for storage.

Being an MPV, it's all about practicality. The rear seats move forward by up to 13 centimetres and can be folded in a 40:20:40 layout, with cargo capacity varying from 470 to 1,455 litres. An electric tailgate is part of the standard equipment, as is the two-zone automatic climate control system. At an additional cost, customers can opt for a panoramic glass roof, Harman Kardon audio system, and an electrically deployable trailer hitch. 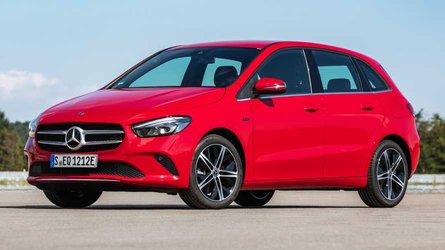 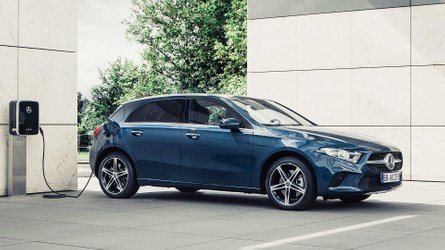 All four send power to the front wheels through a seven-speed, dual-clutch automatic transmission and will go on sale in the UK from March 2022. A few months later, the 2 Series Active Tourer lineup will be expanded to include two plug-in hybrid models, one of which is previewed here by the 230e with xDrive and sportier styling.