But so far this year, registrations are still outpacing 2020 levels.

UK sales of vans and pick-up trucks fell by almost 40 percent in September amid ongoing supply issues. Figures from the Society of Motor Manufacturers and Traders (SMMT) showed a total of 31,535 new light commercial vehicles (LCVs) were registered in the UK last month, down 39.5 percent on the same month last year.

And things get worse if you compare September’s performance against the backdrop of pre-pandemic years. With 2020’s market suffering at the hands of coronavirus lockdowns, September 2021 was already being compared against a weak month. In the context of a five-year pre-pandemic September average, sales were down 41.8 percent.

That means last month was the worst September for the light commercial vehicle market since 2009, when the UK was suffering from the recession brought on by the 2008 financial crisis. According to the SMMT, the poor performance has been caused by the global chip shortage impacting supply, rather than a shortfall in demand among businesses.

Whatever the reasons, the fact remains that sales were down in almost every sector of the market. Pick-up truck registrations fell by almost 50 percent compared with September 2020, and registrations of vans weighing 2-2.5 tonnes were down by 70 percent.

The main bulk of the market is usually made up of vans weighing 2.5-3.5 tonnes, and that sector proved more resilient than most. A total of 22,647 vehicles were registered in that category, representing a 28-percent drop in sales. However, that market made up almost 72 percent of the sector as a whole.

Only the commercial 4x4 segment saw sales rise – up by 113.6 percent – but the category still made up a tiny fraction of the LCV market. Despite the uplift in sales, just 455 examples were registered in the UK last month.

There was another crumb of comfort that will be particularly pleasing for Ford’s executives, staff and fans. The brand’s Transit Custom van – comfortably the best-selling van in the UK – outsold the Vauxhall Corsa hatchback, making it the second best-selling vehicle in the country last month, behind the Tesla Model 3. Better still, that result cements its place as the UK’s best-selling vehicle so far this year. 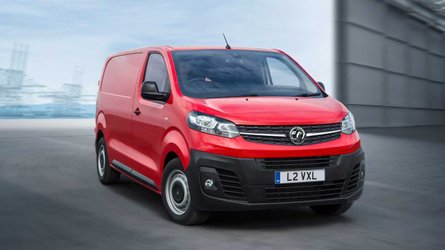 UK commercial vehicle production down by a third amid chip shortage 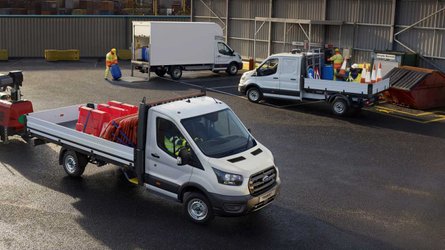 “September was a disappointing month for new van registrations, as the much-documented semiconductor shortage has started to impact supply,” said SMMT chief executive Mike Hawes. “Manufacturers are doing all they can to fulfil orders and, after a strong year so far, demand still remains high. With businesses continuing to renew their fleets, there is a greater choice than ever of new zero emission models coming to market, helping ensure the commercial vehicle sector plays its part in decarbonising road transport.”