In case you haven't noticed, we aren't talking about a truck.

I'm not sure about you but when I was a kid, I've always loved making ridiculous Lego car builds. I made eight-wheelers, sometimes even ten, because well, imagination's your limit when you're young. And also, I was working with Lego bricks, so there's that.

But what if I were to make those unearthly creations today with a real car? Thankfully, I don't need to do all the hard work. Our favourite Russian folks, Garage 54, just made one and it's among the most ridiculous ones we've seen so far.

If you're been reading here in Motor1, you know that these guys don't know where to stop. They've made an eight-wheel conversion of a Fiat Uno before, which served as an inspiration to this crazy 14-wheeler conversion of a Lada saloon. 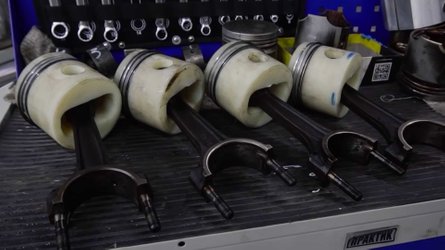 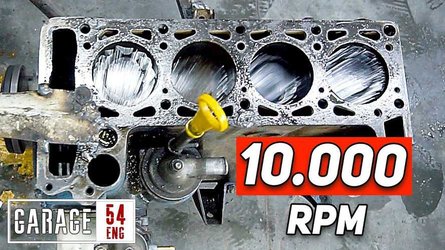 Even better, while the previous eight-wheeler Fiat ran using its front wheels, this Lada moves through its rear axle. Or axles – six to be exact, stacked on top of each other like a pyramid. Bonkers.

One interesting detail was that they switch the car amid the build so that they can use the petrol-converted Toyota diesel engine that they made before. This is to use the torque advantage of that engine over the typical Lada petrol mill.

After the car started, it's time for some road test. It worked as expected, although it's important to point out that there was some slippage when the tyres got wet, which was quite expected. The steering worked fine as well despite not having a power-steering system installed.

So overall, everything's working well except for one major detail – suspension. Since the multi-axle construction didn't give them a chance to add dampening, they had to test without any suspension involved, which threw the presenter around within the cabin during tests.