It's the lightest production car Caterham has ever built.

Caterham sure wants to celebrate the arrival of its lightest car yet. The Seven 170 can be considered a Kei car by size and weight, but its power output moves it out of the classification. It's still a sports car.

That said, Caterham wants to make sure that the new Seven 170 will reach new heights – and it recently did in a publicity stunt done atop one of the UK's tallest visitor attractions, the British Airways i360 pod.

The British Airways i360 stands at 162 metres (531 feet) tall, which is taller than the London Eye, Big Ben, and Tower Bridge. The Pod is a glass-surrounded platform 137 m (450 ft) from the ground, a unique and spacious events venue that can host any celebration while having a 360-degree view of the UK's southern coast and the English Channel.

Apparently, those celebrations include the assembly of a new car.

Built from scratch inside the pod, it took Caterham engineers six hours to complete the Seven 170 by hand – a 100-hour job for a single person. And yes, this is the first time that a car has been inside the British Airways i360 pod, more so, built inside the viewing deck itself. 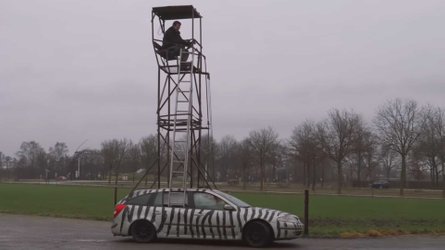 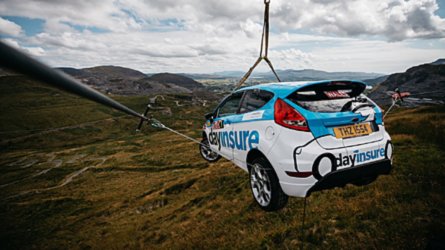 It goes without saying that the event happened to promote Caterham's new Seven 170, as well as the newly-opened and world's highest pop-up dealership inside the British Airways i360 pod. It's also the highest known height a car had ever been built from ground level, though we doubt Caterham is aiming for a Guinness world record on this one.

"We set the engineers a daunting challenge building the car at such a height, but we had faith they’d complete it – and they did. This will certainly go down as one of the most interesting and memorable places we’ve ever built a car. We hope the public who came down to watch the build enjoyed their first sighting of our lightest ever production car – the Seven 170," said Caterham Cars CEO, Graham Macdonald.