The Nurburgring is the go-to track and ultimate destination for many car enthusiasts. It's also where many automakers test and develop future products, further mystifying the location. The track is quite accessible to the public, too, allowing owners of a wide variety of makes and models to hit the course, and a new video shows a well-used 2009 Nissan GT-R, with 110,000 miles on the odometer, attempting to tackle the race track.

The GT-R isn't completely stock, with an aftermarket Akrapovič exhaust and other upgrades upping the car's output from 480 bhp (358 kilowatts) and 430 pound-feet (583 Newton-metres) of torque to somewhere closer to 600 bhp (447 kW). However, it doesn't appear the car is a big fan of the extra power. The car struggled to keep the transmission cool throughout the lap, sending it into limp mode during the second part of the lap.

However, before the transmission gets too hot from all the high-performance drifting, the GT-R handles the course well. It's fast and loud with a skilled driver behind the wheel – his first time driving a GT-R around the Nurburgring, according to the video description. It might not have withstood the entire Nurburgring being thrown at it, but the now 12-year-old GT-R with over 100,000 miles on the odometer did have a spectacular showing. Often, the older the car, the likelier it is to break, especially if it's being driven that hard.

Get the latest GT-R headlines here: 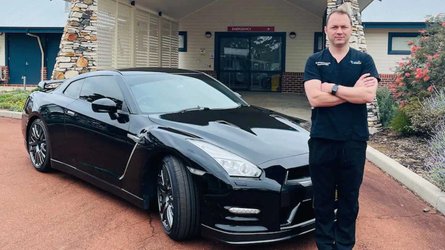 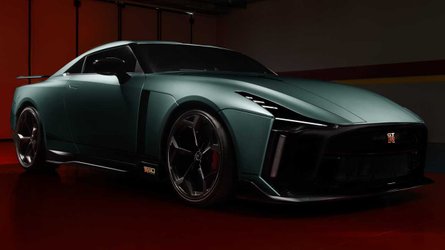 Additional transmission cooling could solve the high temperatures and allow the GT-R more track time, but its performance is still impressive. Nissan's supercar hasn't changed much since its 2009 debut, but it continues to be a dominant and formidable performance machine. The engine is even the same, though it makes much more power today than it did a decade ago, with Nissan refining the powertrain again and again to make it even more capable.