The Lotus Emira debuted in July this year replacing three ageing models of the British automaker. The Elise, Exige, and Evora are all being retired and 2021 is their final year of production. The former two received Final Edition versions earlier in the year as a farewell for the sports car duo. Even those very special and limited final variants of the Elise and Exige didn’t have the power the car from the video has, though.

The folks over from Cars.co.za recently met with Quentin Boylan, who designed and built the yellow Lotus Exige that is featured in the video at the top of this page. It has to be one of the most powerful Lotus cars we’ve ever seen thanks to a Mercedes-Benz SLS AMG engine delivered to South Africa from The Netherlands. The 6.2-litre V8 engine is not mated to its original seven-speed dual-clutch transmission and the entire powertrain is fitted underneath what looks like a stock Exige. 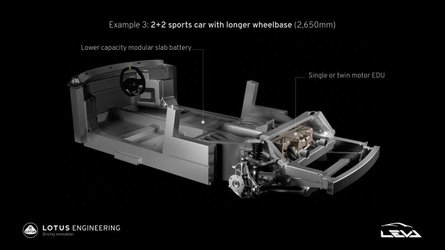 Lotus unveils electric sports car platform with up to 872 bhp 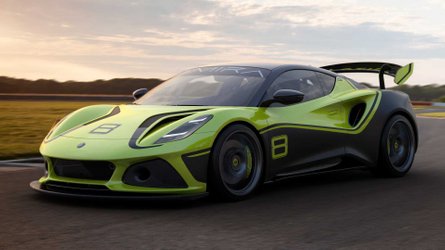 However, extensive modifications to the chassis and body were required for the massive naturally aspirated unit to fit. In fact, it is an entirely bespoke mould that is longer and wider than the stock Exige to make enough room for the donor powertrain. The result is what our colleagues describe as “a yellow and black rocket” and the eight-minute clip shows us the machine in track action.

The entire build took approximately five years from start to finish, and the owner and creator simply declined to tell how much it cost him. Not because he is keeping the number secret, but because “I don’t know and I don’t want to.” This probably speaks of many zeros in the figure. By the way, the same guy and his team also have a custom-built AMG-powered Toyota Hilux truck and you can check it out in this video.