The new Plaid sedan is eager to slide its tail out, but controlling the slide with the yoke isn’t ideal.

The new Tesla yoke that replaces the traditional steering wheel in the Model S and X, and whilst for normal driving you may eventually get used to it (even though its use without a variable steering rack seems unwise), when you want to drift your Model S Plaid, it really gets in the way.

Normally, the Model S Plaid doesn’t really allow you to slide, but this particular example is the exact same car that Chillin’ with Chet attempted to drive underwater. That didn’t work, but the water did affect the car, disabling some of its systems including the traction and stability aids.

This gave Uncle Chet the idea to take it to a race track and hand the now unassisted Plaid to a professional driver who would try to powerslide it around corners. The pro driver in question is Kai Goddarn from TrackRekord, and while he did successfully get the car to drift, he had several comments to make about the experience.

Firstly, he had no trouble initiating the drift in the Model S. In fact, it looks like it’s really lively and tail-happy with no aids - perhaps a bit too all over the place for a regular driver, but in the hands of a pro, it actually looks like a lot of fun when you’re on a track.

Kai’s conclusion after some track time in this Plaid is that it is remarkably quick in a straight line and fairly controllable on the limit of grip and beyond it. However, he could not get over the fact that it would have been easier and more enjoyable to drift the vehicle had it had a conventional steering wheel.

More on the Tesla yoke: 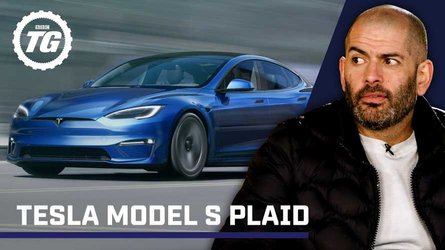 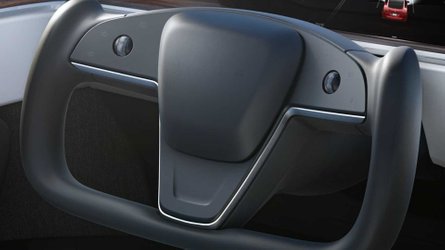 Tesla yoke is perfectly legal for use across Europe, including UK