After 16 years, the unique Prancing Horse gets some much-needed TLC.

The Ferrari Enzo is a rare car in its own right, with only 400 units ever made, but the P4/5 takes exclusivity to a whole new level as only one was ever made. Even though fabled Italian design house Pininfarina was in charge of both projects, the company with the Prancing Horse logo reportedly had no idea what was about to happen to one of the F50 successors.

Built at a price of around $4 million (£3.4 million) including the donor car, the unique P4/5 commissioned by James Glickenhaus came to life at a proposal made by Pininfarina to create a bespoke vehicle. The Enzo's sister car – the Maserati MC12 – was originally considered to serve as the basis for what the businessman wanted to be a modern take on the 1960s Ferrari 330 P3/4. Ultimately, they decided to use a US-spec Enzo as the foundation.

Much like it's been the case with his other cars, the P4/5 has been driven rather than being tucked away in a climate-controlled garage. Fast forward some 16 years later, the one-of-one Ferrari remains in great condition, but the bodywork was showing some signs of ageing – nothing a pro detailer such as AMMO NYC can't fix.

The donor car is still remarkable to this day: 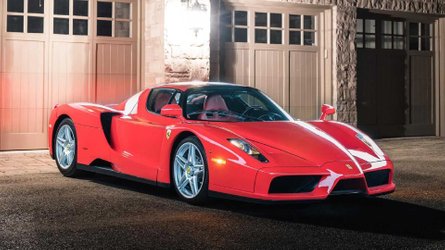 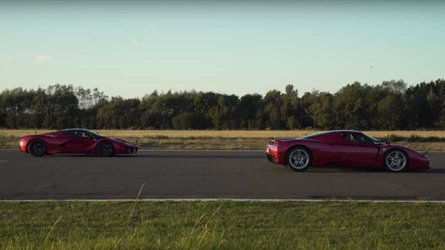 The retro-flavoured supercar from Maranello was not only thoroughly cleaned and polished, but also had its paint corrected and the interior properly cleaned. The P4/5 makes abundant use of carbon fibre, which obviously needs special attention, as did the impressively complex engine bay where the glorious V12 6.0-litre unit calls home.

The end result is a car that looks just as good as it did back in 2006 when it was originally unveiled. As a side note, Glickenhaus also commissioned a race-spec P4/5 a few years later, but rather than being a motorsport adaptation of this spectacular Enzo-based project, it was a marriage between a 430 Scuderia and an F430 GT2. The two special Ferraris posed for a family portrait for the first time in August 2013.