The Court of Justice of the European Union is expected to investigate the case.

[UPDATE]: Volkswagen contacted us with the following statement:

"According to GA’s opinion, a thermal window may be justified if it is intended to prevent, for example, a malfunction of the EGR valve that has an abrupt effect on the operation of the engine itself, without these consequences being preventable by regular maintenance of the vehicle. This can be found in para. 125 of the opinion.

According to the criteria established by the Advocate General in his Opinion, the thermal windows used in VW Group vehicles remain permissible. Their purpose is to prevent sudden and immediate risks of damage to the engine."

If you click this link, you’ll go to a page where our full coverage of the Dieselgate scandal is. A quick look through the articles published reminds us what a mess this whole thing was, especially for Volkswagen and the other brands from the Volkswagen Group. While it had an enormous negative impact on the VW marque, it definitely accelerated the company’s transition towards electric energy. Unfortunately, it seems that the saga is not completely over yet.

A new report from Automotive News says an adviser to the European Union's top court recently said that the so-called “temperature window” software Volkswagen is using in some of its engines is illegal. That doesn’t mean the automaker is officially being investigated by the Court of Justice of the European Union (CJEU), though judges usually follow the opinions of the advisers. Or, to put it simply, VW is not being investigated yet as the EU could start a lawsuit any day now.

The spirit of the Dieselgate is still alive: 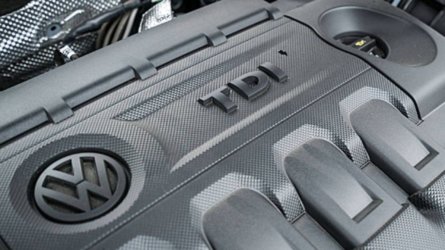 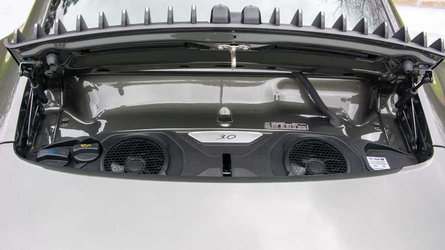 Now Porsche is under investigation for 'engine manipulation'

The case was initially brought by consumers in Austria and focuses on software Volkswagen is using to control a valve that recirculates exhaust gases from the engine outlet. Under certain conditions, when outside temperatures are outside the range of 59-91 degrees Fahrenheit (15-33 degrees Celsius) and at altitudes above 3,280 feet (1,000 metres), that valve is deactivated by the software, thus letting more NOx emissions be emitted during the combustion process.

In theory, the software is designed to prevent the engine from ageing or clogging up, but the EU court advisor says it’s a “defeat device” in a very similar way the software of the infamous VW EA 189 was. The Austrian consumers have similar claims, saying that the temperature window is not representative of real driving conditions in the country and in Germany. The software’s role to protect the engine is not a justification, CJEU advocate general Athanasios Rantos said.