Rivian R1T/R1S turns out to be effectively the least expensive EV in the US that achieves 0-60 mph in 3.0 seconds!

Here is another comparison of electric cars currently available (or soon to be available) in the United States - acceleration from 0 to 60 mph (96.5 km/h).

We will take a look at which models are the quickest and what are the general results using data from manufacturers or estimated numbers. Please take into account that some values have a 1 ft rollout subtracted (like the Plaid at 1.99 seconds). Unfortunately, there is no consistent dataset, which means we must include uncertainty of 0.1-0.2 seconds.

As we can see in the chart below, there is no match for the Tesla Model S Plaid at around 2.1-2.2 seconds in many real-world tests (1.99 seconds according to specs, with rollout subtracted).

The upcoming Tesla Model X Plaid and Lucid Air Dream Edition Performance will be at around 2.5 seconds according to specs.

One of the most striking things in the comparison is the 3.0 second acceleration time noted by the Rivian R1T pickup and Rivian R1S SUV. It's a pickup, quicker than most cars on the road! Not only that, with a price tag of around $60,000 (effectively, after federal tax credit), it's the least expensive electric vehicle that will do 0-60 mph in 3.0 seconds!

That's amazing as we would expect to see a car as the least expensive to achieve a certain acceleration level. Actually, the Tesla Model 3 should be noticeably less expensive, but it's not eligible for the tax credit. This is why the Performance (0-60 mph in 3.1 second) is at $58,190.

Overall, there are almost no slow electric cars on the market and most of them are much quicker than average new cars. 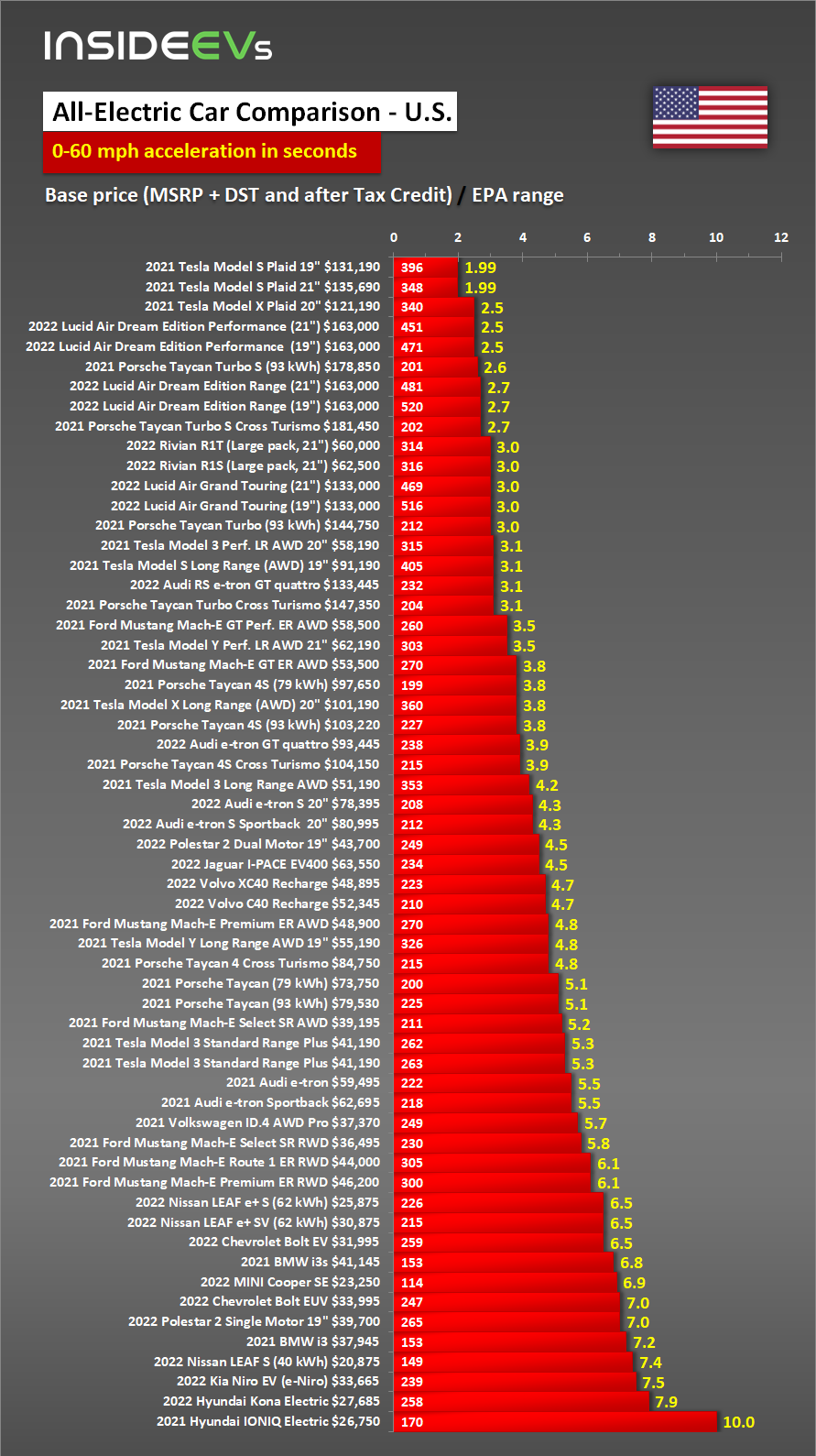