Yes, you can play as Dom, Letty, Roman, or even as Brian.

The Fast & Furious saga is alive and kicking with the F9 officially coming out earlier this year. Despite that, reports about the upcoming Fast & Furious 10 already surfaced, saying that that it will hit the silver screens on April 7, 2023. Filming, on the other hand, will allegedly begin in January 2022.

If you're a diehard fan of the movie franchise, what are you going to do between today and the next Fast & Furious movie? Well, apparently, there's a board game for that, which you and your car nut buddies can enjoy, as seen on Funko.

You might think that this is a rather mature toy considering the word "Heist" in the board game's name. However, Funko rates it as a game for ages 12 and up. The co-operative game's description reads:

Get ready for an exciting new mission based on the blockbuster movie series, playing as Dom, Brian, Letty, Roman, and the rest of Team Toretto on a harrowing high-speed heist! Go up against heavily-armed enemies with your hot cars, daring driving, and jaw-dropping vehicle-to-vehicle leaps of faith. Whether you are taking down a swerving semi filled with valuable cargo, stopping a rampaging tank in its tracks, or bringing down a high-tech helicopter as it rains fire from the skies, you’ll have to work together to take advantage of every team member’s strengths. It’s up to you to pull off the job no other crew can do!

Board games for bored people: 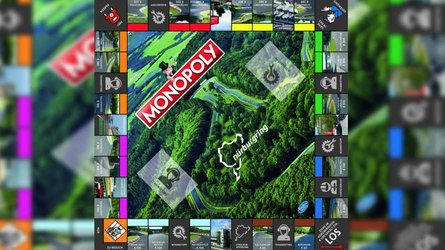 Unsure how the game will pan out? There's a 30-minute How To video embedded on top of this page to give you an idea. But ultimately, it allows 2-4 players with 60 minutes of gameplay. Each of the players can play as Dom, Letty, Roman, or even as Brian.

If you're interested, you might want to check purchase one soon as the Funko website shows that this board game is currently low in stock at the moment, retailing for $30 (approx. £22).