The teaser reveals bold new styling for both.

Mansory makes wild aftermarket body kits, performance tunes, and other accessories for a range of high-end makes and models. It’s not everyone’s favourite tuner, but it is bold. The company is continuing that tradition by teasing an expansion of its offerings. This week, the company teased two new body kits – one for the Porsche 911 and the other for the Aston Martin DBX.

The tuner didn’t provide any details, though it looks like both body kits will fall in line with the rest of Mansory’s confident styling. Out of the two, the DBX’s looks the most extreme. The teaser shows it wearing wrap-around cladding along the bottom of the body, which is made more pronounced with its wing/fender surrounds and side scoops. The Mansory DBX has not one but two spoilers in the teaser, too, and it looks like it sits lower.

The Porsche 911 looks a bit more subdued, though no-less menacing with its upgraded rocker panels, a new wing, fender intake accents, and other upgrades. The Porsche looks like it will receive front and rear bumper accents, too. Both body kits should offer a selection of unique wheels.

Mansory doesn’t detail any performance upgrades for either model, though there’s little doubt both the Porsche and Aston will be tuned to make several hundred more horsepower than stock if the customer wants. The company will likely offer customers a wide range of interior customisation options with a plethora of colour choices, as well.

Check out more from Mansory: 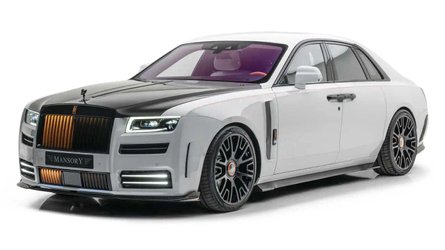 Rolls-Royce Ghost gets Mansory makeover with lots of carbon 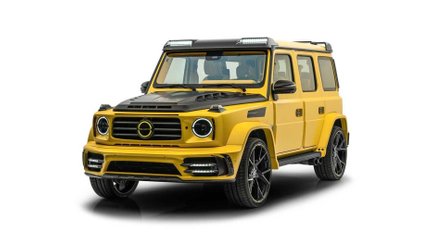 The company published the dual teaser on Facebook with the caption “Stay tuned,” though it didn’t say how long we’ll have to wait. We don’t know when Mansory will reveal either body kit, but we’re excited to see how the final products are different from their stock counterparts. This will be the first time Mansory offers a body kit for the DBX.