Volkswagen’s main exhibit at the 2021 Munich Auto Show was the ID.Life, a concept vehicle that previews the new ID.2 affordable EV.

That said, this FWD electric urban crossover based on the MEB short platform could be relevant to the entire ID family, heralding a new design language for VW’s upcoming electric vehicles.

Looking at the photos, it’s obvious that the ID.Life shares little to no styling cues with existing ID models like the ID.3, ID.4 or China’s ID.6. It is a standalone design with different proportions and subtle retro elements. That’s clearly by design, as Volkswagen’s new head of design Jozef Kabaň admitted in a discussion with Autoblog.

The former BMW and Skoda design boss says that his team’s goal was not to make a smaller ID.3 but rather create a crossover with a timeless design to match the up-to-date technology it packs.

"Cars these days are technologically always on air, they get over-the-air updates so your car is always fresh, so it would be a shame if the design becomes [outdated]. We wanted to work on that even more.”

The Slovak designer added that creating a car with a strong character doesn't always mean overloading it with unnecessary styling cues and add-ons. That’s something the ID.Life illustrates well inside and out.

More importantly, it appears that this approach will be adopted to varying degrees by other upcoming VW EVs.

"Volkswagen's design language always has to move in a more timeless direction. It fits the brand. We want to be authentic and clear and use real materials; there's no fake of any kind or trying to look like something else. Fake exhaust outlets, fake wood, and so on. We want our cars to be well balanced.”

It remains to be seen how big of an influence the ID.Life will be on future VW electric vehicles, including the ID.2, which is expected to arrive in 2025. The production model is likely to ditch some of the show car's more unusual features like the removable roof made of an air chamber textile fabric, the yoke-like steering wheel, or the movie projector that extends from the dashboard.

The ID.2, along with its Cupra and Skoda counterparts, will be built at SEAT's plant in Martorell, Spain. VW Group targets a total yearly output of more than 500,000 units across all brands. 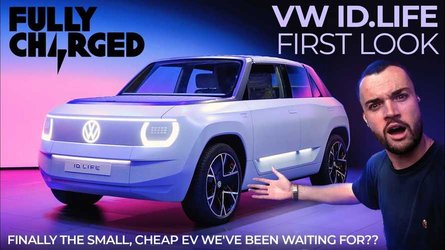 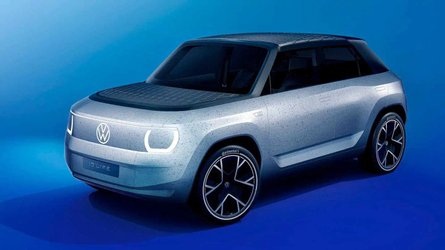 Volkswagen ID. LIFE GTX Performance version is on the table