Lotus unveils electric sports car platform with up to 872 bhp

It's being developed for two-seaters as well as 2+2 models with single- and dual-motor setups.

In case you've missed the memo, the new Emira marks the end of the road for Lotus models equipped with combustion engines. From this point on, every single launch from Norfolk will have electric propulsion as parent company Geely with its deep pockets is heavily investing in the British brand to make sure it has a future in the impending EV era.

Aside from the Evija's own platform, no fewer than three electric-only architectures are planned for a variety of models. These include a Cayenne-sized SUV (Type 132) due next year, a four-door coupe (Type 133) coming in 2023, a smaller Macan-rivalling crossover (Type 134) arriving in 2025, and a sports car (Type 135) scheduled to hit the market in 2026. The latter will ride on a new E-Sports platform co-developed with Alpine, and Lotus is now releasing some preliminary specifications.

The architecture is being engineered for two-seater models with a minimum wheelbase of 2,470 millimetres (97.2 inches), a 66.4-kWh battery pack, and a single electric motor good for up to 470 bhp (350 kilowatts). It'll also serve as a foundation for longer two-seaters with an extended wheelbase of more than 2,650 mm (104.3 in), making it long enough to fit a larger 99.6-kWh battery pack and dual motors good for a combined 872 bhp (650 kW).

The third type of possible electric sports cars on this platform combines the longer wheelbase with the smaller battery arranged differently. These performance EVs can have single- or dual-motor setups with either 470 bhp (350 kW) or 872 hp (650 kW), respectively.

It's the dawn of a new era for Lotus: 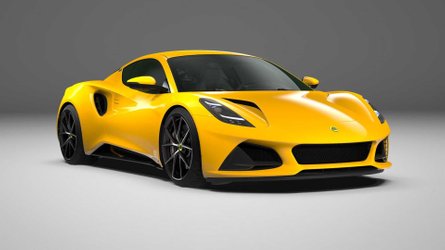 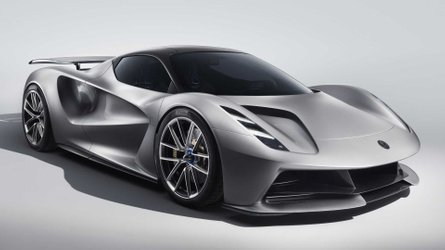 Lotus mentions the rear subframe is 37 percent lighter compared to the Emira's and the platform is being developed to accommodate vertically stacked batteries in a "chest" layout behind the seats or integrated horizontally under the cabin in a "slab" configuration. The platform will be put to good use not just by Lotus and Alpine, but also by any interested third-party clients willing to buy the hardware through Lotus Engineering.

Meanwhile, Lotus will showcase the chassis tech on September 22 and 23 at the Low Carbon and Fuel Cells Centre of Excellence at Millbrook Proving Ground in Bedfordshire, UK.