The Skoda Scala is a relatively new vehicle, joining the brand’s lineup for 2019 and replacing the Skoda Rapid. However, it has lost a bit of its freshness since it debuted, which is why the automaker is preparing to give the compact hatchback a mid-cycle redesign. New spy photos have captured a partially camouflaged Scala towing a trailer, with the camo covering the minor styling tweaks made to the front and rear fascias.

The camouflage does a good job hiding the changes, but they’re not all hidden. The headlights appear to have new styling; however, it’s harder to determine what tweaks have been made to the grille and bumper. The grille design does look different, though that could be a trick of the camouflage. One photo appears to reveal that the front bumper vents are functional, too.

Things are busier and more mysterious at the rear, where there’s a lot more camouflage and a bit of cladding. The hatch window surround is completely covered, hiding any potential changes. The taillights look to have the same shape as the current ones, though their styling inside could be different – they’re covered in camo. The trailer the Scala is towing does an excellent job of obscuring the rear bumper and any styling changes. If there are any tweaks, they’ll be minor. 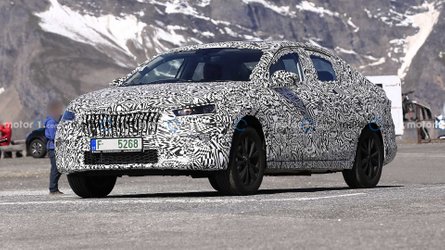 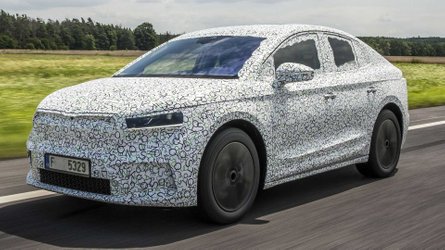 The Scala’s mid-cycle refresh won’t bring many changes to the interior, though it could receive some new upholstery and updates to the infotainment system. It’s likely the same news under the bonnet where the current selection of powertrains will continue propelling the hatch until the next generation arrives. The Skoda Scala redesign is happening just as the brand leans into revamping its lineup, and the redesigned hatch will be a welcomed addition to Skoda’s freshened lineup. There’s no indication when Skoda could reveal it, but we doubt it’ll be a long wait as it should arrive for the 2022 model year.