The front end, which is completely covered in camouflage, is the only part that's actually Cupra.

Believe it or not, this electric test vehicle, which is undeniably a Volkswagen ID.4, is actually a mule for the upcoming equivalent model from Cupra, the Tavascan. Our spies are adamant that this is not just an ID.4 conducting brake testing on public roads, and that it is indeed a very early look at an upcoming Spanish model due in 2023 - 2024.

We’ve seen the Tavascan in concept form and its body bares no resemblance to the Volkswagen’s. Not even the overall shape or proportions are the same, and even though we know the production version won’t be identical to the concept, much of the study’s sheetmetal will be strongly inspire the final production car.

This sighting confirms that Cupra (Spanish VW subsidiary Seat’s sporty arm) is still quite early in the development process for the Tavascan. IT does appear that they have more or less finalised the front end design, which is why it’s completely covered on the VW mule, and we can’t really tell if the front fenders match up to the ones on the ID.4.

Overall, the front end doesn’t appear to be the Volkswagen’s, especially with that sporty front bumper complete with quite aggressive-looking air intakes. It also seems a bit more elongated than the ID.4’s snout (there’s more front overhang).

We’re not sure what Cupra was trying to hide on the rear hatch with the small patch of camo that’s applied there. It just looks like it covers a round (presumably Volkswagen) badge - the Cupra logo is quite different in its outline, so we’re pretty sure it’s not hiding under there.

There’s little chance we’ll get to see more complete Tavascan prototype this year, although next year they should start to pop up. The rest of the Tavascan package will mirror the VW ID.4, including battery packs all the way up to 77 kWh and a top of the range dual-motor powertrain producing around 300 bhp (possibly more). 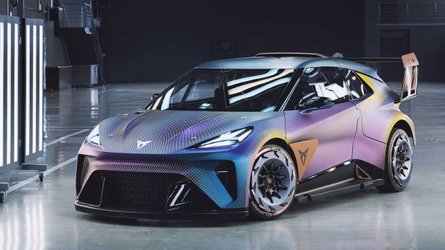 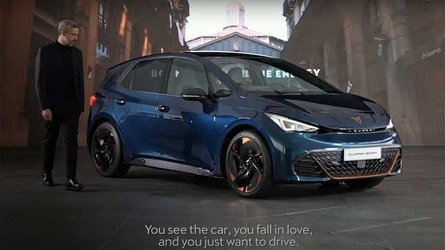