UK: 1956 BSA Gold Star owner tells us what it's like to live with

So, you’ve decided that the romance and intrigue of owning a classic British motorcycle are in your future. The thing is, like everything and everyone in 2021, they’re not getting any younger. As you’d expect, parts become more difficult to find over time, even with robust communities dedicated to keeping these classics alive.

Like many pre-loved bikes, they also have particular quirks you’ll want to know about if you plan to get the most out of ownership.

It can be a bit overwhelming, so where do you start? Videos like this helpful one from the Classic Motorcycle Channel on YouTube are a great place to dig in. Here, you get noted BSA enthusiast Dave Mitchell’s honest assessment of his 1956 BSA Gold Star DBD34. He’s still owning, riding, and loving it today, and is only too happy to tell you about its strengths and weaknesses in detail.

Mitchell’s specific Gold Star is set up in clubman trim, meaning it has clip-ons and rearsets, which puts the rider into a more aggressive riding position. Frequently, he says they’re set up as tourers, with a more upright seating position thanks to the installation of handlebars and different foot peg setups. The close-ratio gearbox was meant for racing, which means the gearing makes street riding a somewhat more challenging proposition. 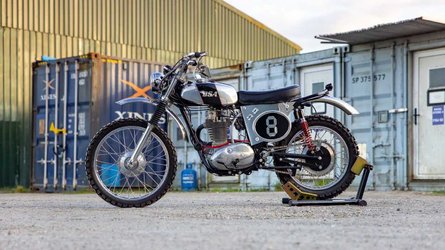 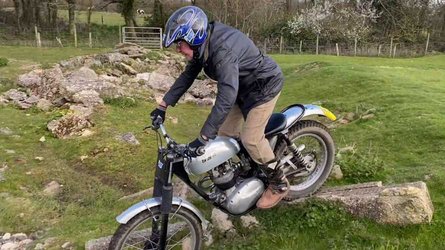 Mitchell’s Gold Star also has a GP carburettor installed, which he says leads some owners to blip the throttle when sitting in traffic in order to keep it running smoothly. The character and unique sound of that 500cc British single can’t be beat while you’re riding, but does take some additional attention if you get stuck in stop-and-go traffic.

Now, as we mentioned, a bike from 1956 will be more difficult to find period-correct parts for than a newer bike. As Mitchell discusses, for reasons of both performance and practicality, this leads some owners to install upgraded parts that may have come along later. We’re firmly of the opinion that if it’s your project, you can do with it what you want—but of course, purists will always find reasons to pout.

Spend any time around vintage race bikes, and you’ll notice the particular sights, sounds, and smells that go along with the genre. Mitchell notes that he likes to put a little bit of Castrol R vegetable-based oil into his fuel tank, just to get the period-correct smell for a BSA race bike of that era. He cautions that you can’t mix it with modern motor oils, but putting a little in the fuel tank won’t cause any harm.

Starting can be difficult, and keeping it happy in traffic without stalling can likewise be a challenge. That GP carburettor, after all, just wants to take in all the air it can—after all, that’s what it was designed to do. Stalling in traffic is a rough situation, because there’s an entire starting procedure you have to go through—no simple press of a button and you’re off, like a modern bike. The 190 big brake upgrade (which puts two shoes in the front drum instead of the standard single shoe) in front, Mitchell says, makes a major difference to rideability.

Later on, he walks you through the entire startup procedure. Overall, you get a good step-by-step overview of what it’s like to live with a 65-year-old British classic. Do you want one of your own, or is it not for you? Hopefully either way, you’ll have a better idea after taking this glimpse inside the Gold Star life.