Camaro driver tries to get Tesla to race: Watch what happens next

Petrol car owners may want to see what it's like to race a Tesla, but a public road is not the place for such stupidity.

A Twitter account called Hold My Beer shared a short but interesting video a few days ago. It shows a Camaro driver pulling up alongside a Tesla. It seems the driver of the Camaro is trying to get the Tesla driver to race him, albeit on a busy public road. Bad idea? Yes, for all the obvious reasons, and the video proves it without a doubt.

Hopefully, the Camaro owner learned his lesson, but we'd be surprised if we learned he hasn't attempted such stupid actions in the past, and more surprised is he doesn't plan to act out like this in the future. Perhaps the Tesla owner can share video with the police to make sure the Camaro driver gets what he deserves.

The driver of the Camaro doesn't take no for an answer, and stomps on the accelerator pedal. In mere seconds, he loses control, crosses all lanes of traffic, and spins out on the side of the road, doing damage to his car. Thankfully, no other cars came into contact with the Camaro, and it seems no one was hurt. Check out the original Twitter post below:

Fortunately, all Tesla's vehicles have built-in dashcams and a multi-camera Sentry Mode security system as standard. We believe features like these should be at least available in most, if not all, cars. This particular video appears to have been filmed with a smartphone, but thanks to Tesla's built-in camera systems, owners can safely record footage of incidents like this to help the authorities and insurance companies. 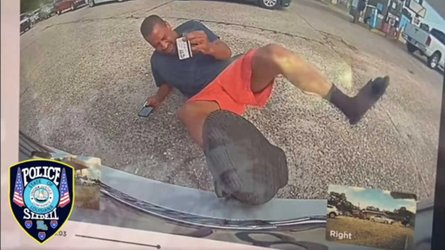 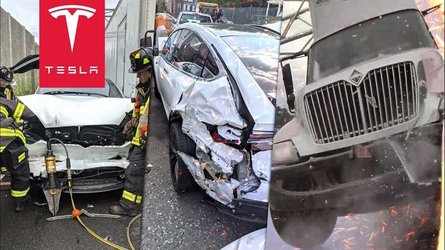