What a day to be on the road.

What would you feel if one day you're casually driving, waiting patiently as you're stuck in a long red light, then a massive semi crashes on you at the back for reasons you couldn't care less?

That's exactly what these people felt in Mexico City and trust me, they weren't having a good time.

As reported by Lopez-Doriga Digital, the incident was definitely documented from several angles, but we've picked out the best ones for you, such as the one embedded below.

As you can see, the white Volvo articulated lorry just rammed through unsuspecting cars from behind, like repairs weren’t the driver's business. The pink taxi was even rammed so hard, it rotated while its driver was trying to manoeuvre out of the way, to no avail.

Apparently, this semi had an altercation with another taxi driver on Mexico-Puebla by the entrance to Mexico City. The driver and his companion attacked the driver and his cab, then attempted to flee the scene.

The lorry however met a traffic jam at a red light, which, of course, jeopardised the escape act.

But the driver was persistent and as you can see in the video above (caught from a different angle), it even hit an unsuspecting orange vehicle which then hit a tree.

Bystanders were vigilant, trying to get the dangerous lorry crew to stop and alight their vehicle. The attempt was futile at first, but it looks like the police caught up with the fleeing semi, prompting the driver and his companion to stop and surrender. See embedded video below.

It was certainly a crazy day to be on the road, and we can only imagine the horror felt by those involved.

A quick tip for the lorry crew, though – next time you're trying to flee a scene, please don't do so while driving a massive lorry. It's just stupid. 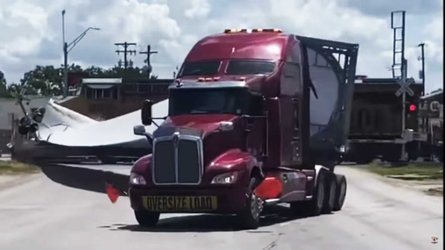 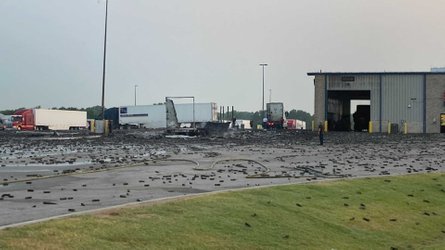