The Lotus Type 72D F1 car debuted for the 1970 season where it saw a huge amount of success carrying Jochen Rindt to an F1 championship. Jochen Rindt passed away after a crash at Monza leaving Emerson Fittipaldi to finish out the season. Their combined success made Jochen Rindt the only driver to ever posthumously receive the F1 world champion title.

For the 1971 season, the Lotus team struggled with changes but found their stride in 1972 which is when Imperial Tabaco partnered with Lotus to advertise their new John Player Special cigarette brand. That year Emerson Fittipaldi cemented his legacy as the youngest F1 champion and the John Player Special livery changed from distinct to iconic. 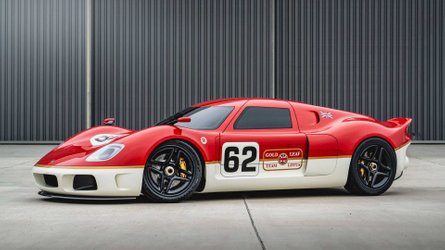 This bespoke race-focused trim of the new Radford Type 62-2 looks back to the golden age of Lotus Formula One while delivering customers an engaging driving experience. We look forward to seeing the Radford Type 62-2 John Player Special in action very soon.