It could be the brand’s third PHEV vehicle.

Bentley plans to launch its first electric vehicle, an SUV, in 2025, and it has plans to go fully electric by 2030. But before any of that happens, we’re likely to see another plug-in hybrid electric vehicle debut from the bespoke brand – the Continental GT. There is interest in a hybrid GT, but the company has not confirmed anything. The hybrid variant could arrive in lieu of shorter performance variants and special editions.

Matthias Rabe, Bentley’s engineering boss, spoke with Autocar about the model’s future, and while Rabe was coy about any of the company’s definitive plans, he did say it is exploring adding a hybrid powertrain to the model. Rabe told the publication that Bentley customers had shown interest in a vehicle with zero-emissions capability, something that’ll become necessary in order to reach certain city centres in Europe.

Bentley certainly has choices when it comes to the powertrain. The likeliest Bentley is to use is the powertrain that powers its most recent new PHEV – the Flying Spur. In the saloon, Bentley pairs a 2.9-litre twin-turbocharged V6 that pairs with an electric motor sandwiched between the engine and the eight-speed dual-clutch gearbox. It produces a total of 536 bhp (399 kilowatts) and 553 pound-feet (726 Newton-metres) of torque – more than the Bentayga Hybrid’s 3.0-litre setup. It rockets the four-door to 60 miles per hour (96 kilometres per hour) in a company-claimed 4.1 seconds.

Be sure to catch more Bentley news here: 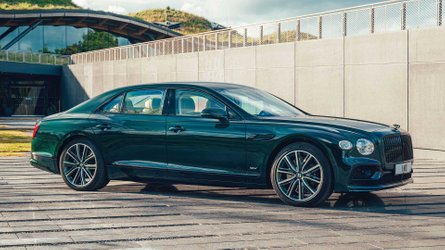 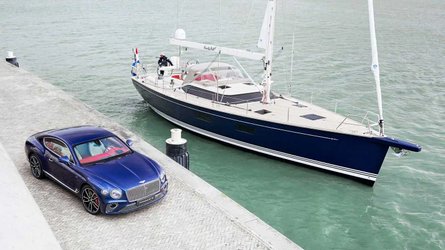 Bentley could opt for the 443-bhp (330-kW) Bentayga Hybrid setup, but that feels a bit too low for a model like the Continental GT. The company does have other choices thanks to VW Group’s expansive brand portfolio. For now, the Continental GT Hybrid is solely a possibility, but considering the company’s ambitious plans to go fully electric by the end of the decade, we wouldn’t be shocked to see it happen. The next-generation GT is probably about five years away, which would be the perfect time to introduce it as an all-electric model.