Technically speaking, this is our second sighting of the next-generation Lexus LX. Earlier in August we saw a couple of LX blurry photos capturing a test vehicle from the driver side and front, taken from a moving vehicle. These new images come from our spy sources planted on terra firma with a camera at the ready, and as such, there's much to see despite the heavy camouflage.

Interestingly, this LX prototype appears to be the exact same vehicle seen before. The number plate matches up, but with detailed images, we can peer behind the thinner sections of camouflage to clearly see angled corner vents on the lower fascia. We can also see crossbars from a large grille, though there could be extra camo behind the screen giving a false impression. The headlights look identical to those from the new Toyota Land Cruiser, and at the rear, the tight-fitting camo shows the Land Cruiser's wide haunches and matching body lines.

To Toyota's credit, the overall design of its new flagship is well-hidden beneath the heavy covers but we know it's basically the cancelled-in-Europe and America Land Cruiser with Lexus branding. Furthermore, we believe at least one of the models will be the LX 600, as Lexus filed a trademark for that name. Our sources believe this test vehicle is an LX 600.

The latest on Lexus: 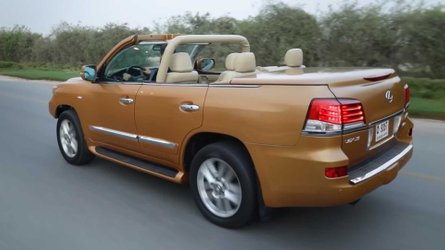 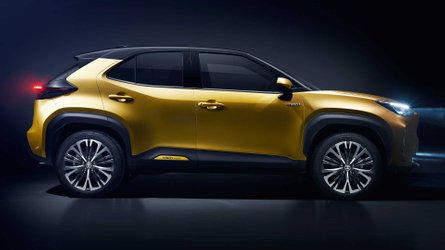 The current LX 570 packs a 5.7-litre V8 for power, so if the new model follows a similar naming structure, that suggests a larger 6.0-litre V8 could be under the bonnet. That said, 600 in this instance could also refer to a six-cylinder engine, which would be the twin-turbo 3.5-litre mill from the new Land Cruiser. Frankly, with the auto industry moving towards smaller engines and broader electrification, that makes more sense than plugging in a bigger V8. The new V6 makes 409 bhp (305 kilowatts) in the Land Cruiser; rumours are already flying about an LX 750h hybrid pairing that engine with electricity to make 480 bhp (358 kW) combined.

When will the new LX become official? That's still up in the air, though we believe it will arrive early next year at the latest. A debut late in 2021 is also possible.