Points were handed out after just three laps.

Formula 1 chiefs are to seek talks with teams and the FIA to discuss changes to the rules in the wake of the Belgian Grand Prix "farce", Motorsport.com has learned.

While the FIA and F1 race director Michael Masi have been commended for not pushing on and allowing racing in the dangerous wet conditions at Spa on Sunday, there is unease about the way a result was declared and points handed out after just three laps behind a safety car.

World champion Lewis Hamilton was one of many drivers to express his unhappiness about the situation, suggesting F1 had put money before fans.

“Today was a farce and the only people to lose out are the fans who have paid good money to watch us race,” he posted on Instagram.

It is understood that F1 CEO Stefano Domenicali concurs that the way the Belgian GP result was declared was not ideal, and he is eager for discussions with the sport’s stakeholders to consider potential rule changes.

Any shift in the regulations to ensure there is no repeat of what happened in Belgium – either by ensuring that results are only called after proper racing laps, or that there is a procedure for running races at a later date – would need approval by F1, the FIA and teams.

However, it is unlikely that anyone would oppose any changes that would prevent a repeat of events in Belgium.

Moves to find a better way of dealing with such a situation have been backed by McLaren CEO Zak Brown, who said that it was not “right” that the few laps behind the safety car were declared a race.

Posting in a video on Twitter, Brown said: “The regulations state that after you do a few laps it can be called a race. I think that needs to be reviewed.

“I don’t think there is anyone who would argue the weather was safe to race in, but we need a better solution as a sport when that type of situation happens. The outcome should not be a race after three laps behind a safety car.

“That is what the rules say but that now needs to be reviewed by all of us, to learn from today and realise that we if are given that type of situation, what would we do differently to make sure the outcome is everyone gets their race in – whether that is the following day or it comes back.

“I don’t think anyone would say it felt right calling that a race, so we will work on this and hope that something like this doesn’t happen again.” 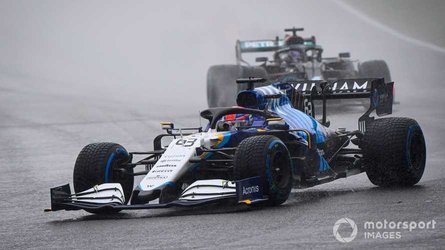 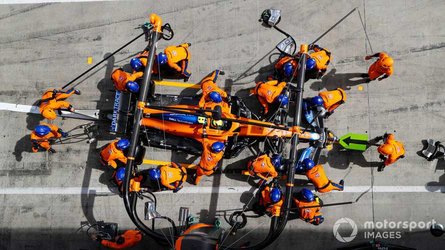 F1 race director Masi suggested that the FIA and teams would get together and review the regulations in light of what happened in Belgium.

“I think after this weekend, and at our next meeting for next year, we'll look at a whole lot of things that you know we can all look at, to see what everyone wants,” he said.

“As you're all well aware we're at one of those points that the FIA works with all 10 teams and F1 to develop the regulations. And so we'll go through all of the various scenarios and see what everyone thinks.”