Ford Explorer, VW Beetle with charging cables spotted driving with the bonnets up

Be safe out there!

It’s no secret that sometimes people do questionable things with their cars. Take for example this video posted on Reddit page R/IdiotsInCars which shows a Ford Explorer and VW Beetle taking part in an unusual jumpstart. For some unexplainable reason, these cars are driving down the street side by side with jumper cables connected. Looks like we’ve seen everything folks.

We don’t have the details about what motivated the driver of the Ford Explorer and VW to link up jumper cables and then drive in unison down a busy street. Even if we knew their motivation, it still wouldn’t justify this incredibly dangerous manoeuvre. It’s possible one of these cars had a bad alternator which meant it could not charge the battery so linking jumper cables would keep it powered long enough to reach a suitable mechanic, but we’ll never know the full story.

Now that we’ve seen an example of what you absolutely should not do when your car has a dead battery or bad alternator, what should you do? Before you ever encounter a dead car battery you need to be prepared. Make sure you have a set of good jumper cables or a jump pack in your car at all times. When using a battery-powered car jump starter follow the instructions given by the manufacturer. 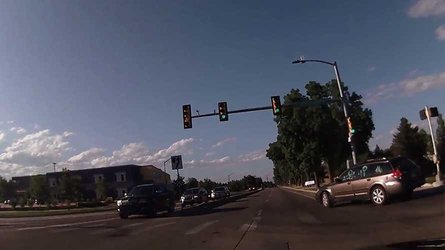 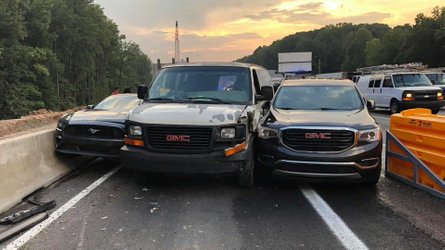 For those using tried and true jumper cables, the process is very simple. Line up a functioning car with the car in need of a jump start. Turn off the booster car and open the hoods of the vehicles to access the battery. Most cars have their batteries under the hood in the engine bay, however, some vehicles have unique setups with batteries in remote locations so be sure to know your vehicle’s setup.