Transport data firm Inrix says delays are in the offing as drivers get away for the weekend.

British drivers have been warned to expect heavy traffic this bank holiday weekend as motorists plan almost 17 million leisure trips. Research from the RAC and data company Inrix suggests a 25-percent increase in delays on UK roads on Friday, August 27, when compared with a typical day in August.

Roads in the south-west of England are expected to be the worst affected, with an estimated 3.6 million journeys expected to and from the region between Friday and Monday. Inrix’s data suggests journey times on “classic holiday routes” such as the M5 and A303 could see journey times double at certain points over the weekend.

With delays already in the offing, the RAC is urging drivers to do “everything they can” before setting out to avoid breaking down and adding to the jams. The organisation says many of the breakdowns its patrols will attend over the weekend would be “avoidable” if drivers had checked their cars before setting off.

In particular, the breakdown firm suggests checking tyre pressure and tread, checking oil and coolant levels and topping up vital fluids where required. It also says drivers should also ensure their mobile phones are fully charged so they can contact breakdown recovery services or emergency services if necessary.

“It’s been an incredibly busy summer on the UK’s roads with vast numbers of people on the move both for ‘staycation’ holidays and for day trips to the sea and countryside,” said RAC Breakdown spokesperson Rod Dennis. “Our figures suggest this is a trend that will continue, with bumper-to-bumper bank holiday traffic expected, especially on the most popular holiday routes.

“While this weekend will see many people returning from summer holidays in the UK, the fine and settled weather will also be seen as an opportunity by lots of people to jump in their cars for last-minute trips – after all, this is the last bank holiday weekend in England, Wales and Northern Ireland before Christmas.

More on traffic in the UK: 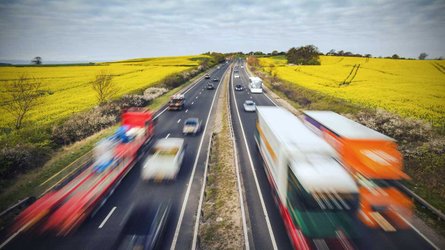 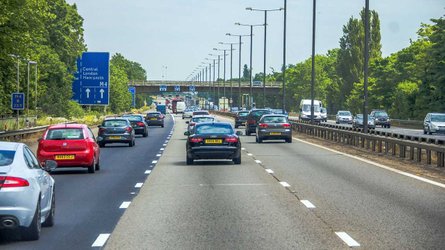 “We’re urging drivers to take a few steps to avoid breaking down in the first place, something that has the potential to spoil the bank holiday weekend and will only add to the inevitable traffic queues. Making sure a car is ‘road ready’ isn’t difficult – ensuring tyres are properly inflated and have plenty of tread, and that oil, coolant and screenwash are all at the right levels, can ensure a smooth journey – if not a particularly fast one given the likely jams.”