Back in 2016, The Grand Tour crew headed to Namibia for a two-part special that had the three traversing the country in beach buggies. James May drove a red one, a converted VW Beetle, though his relationship with it didn’t end when the show’s credits rolled. May bought the buggy from the show production and then restored it. A new DriveTribe video gives us an up-close look at the classic automobile.

It eats up floor space next to the Toyota Mirai that he got earlier this year, though we’d bet the buggy would be a bit more fun to drive. It’s the only “old” car he owns, though it’s not really a classic by any means – much of it is new. It’s based on the classic Meyers Manx dune buggies made famous in the 1960s. May had it built by Kingfisher Kustoms in the UK for the Namibia show, and then he had the shop rebuild it afterwards. 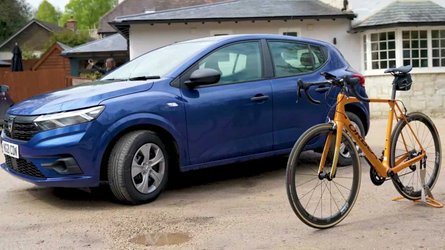 James May decides which is better: A Dacia Sandero or his bicycle
⠀ 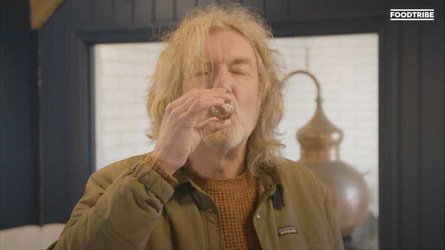 James May gins up new alcoholic drink for juniper lovers

It’s a faithful recreation, with the fibreglass body being an exact replica of the Manx buggies of old. The Beetle engine makes about 100 bhp (74 kilowatts), which has larger cylinders and twin carburettors, though the four-speed gearbox is lacking a fifth gear, which May attempts to locate more than once while behind the wheel. The steering is a bit dodgy, too, though that doesn’t steal from the pleasure of driving it.

In the video, May says he’s never taken it to the beach. It has too many chrome bits that can rust, and the sand could easily damage the throttle linkage on the exposed engine. May, of course, dishes about the car’s history in his typical pompous style, though he paints an appreciative picture of the buggy, which became a symbol of the 1960s Flower Power movement. It’s a bit odd to see May behind the wheel of such a fun-looking car.