Audi: Which options do you want, sir? Customer: Yes.

If this isn't your first time on Motor1.com, you're probably familiar with our Most Expensive series of articles in which we max out the configurator of a newly released vehicle. While those fully loaded cars only exist in the virtual realm, this Audi RS7 Sportback is as real as it gets. Yes, every single box on the options list has been ticked, thus creating what may very well be the most expensive specification of an A7 ever.

The RS7 in its most basic form is already quite expensive in Sweden where this particular car was ordered. It starts at 1,219,300 SEK, which works out to about £101,000 at current exchange rates. For reference, the UK-spec Sportback is much more attainable (though still extremely pricey), kicking off at £97,095. What about this matte Daytona Grey example? You'd better sit down for this one.

Our friend Auditography had the chance to spend some quality time with the high-end RS7 and he says its price tag approaches the €200,000 mark. That's over £170,000, which is more than a R8 V10 Performance Carbon Black (£156,930) in the United Kingdom where taxes are not as high as they are in the Nordic country that gave us ABBA, Spotify, Minecraft, and IKEA.

Being a car built for the European market, it's not perfect as the 591-bhp Sportback has a soft limiter and a petrol emissions particulate filter, meaning the V8 soundtrack is not as alluring compared to an RS7 sold outside of the Old Continent. The twin-turbo 4.0-litre TFSI does sound a bit muted, but an aftermarket exhaust can easily fix that. 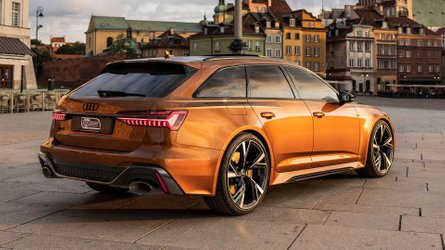 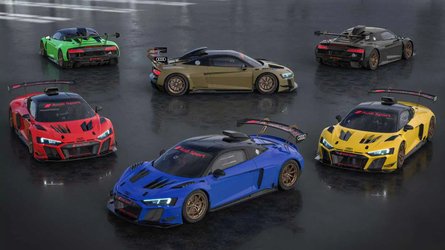 We'd argue the A7 remains one of the most beautiful cars on sale today, especially in RS7 guise with so many extras added. The matte paint, blacked-out badges, and numerous carbon fibre accents make the Sportback even more desirable, as do the optional 22-inch wheels and the generous use of Alcantara on the inside.

We would still rather have an RS6 Avant at the end of the day due to its extra practicality, but the RS7 is still a drop-dead gorgeous machine. It's a solid substitute for the RS6 Saloon the folks from Ingolstadt phased out many moons ago, despite rumours claiming it would return for the current-generation A6 (C8).