Electric cars from heaviest to lightest

Today we will take a look at the weight of electric cars, which usually are much heavier than their conventional counterparts due to the battery packs - the heaviest single part.

The data for dozens of models was provided by Bjørn Nyland, who measures the car's weight by the way of general reviews. As far as we know, in all cases, the weight includes the driver's weight. In the video above, we can see an example of such a measure for the Hyundai Ioniq 5. 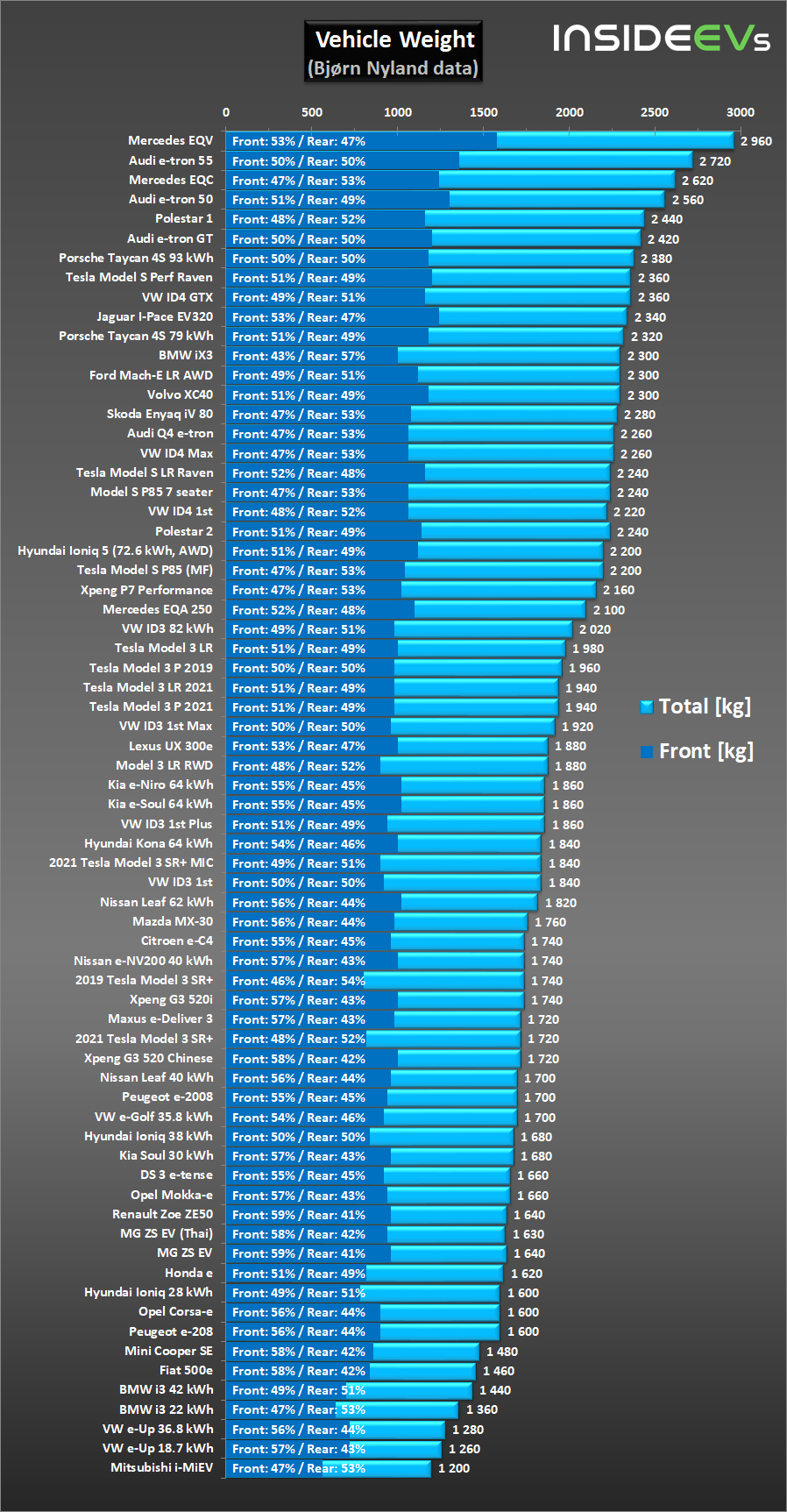 That's a big issue for electric cars, because the heavier the car, the less efficient it is, which directly affects the range. Not only that, the car is more expensive as it must be equipped with more powerful brakes, suspension, wheels and tyres that happen to last less. In general, a heavier car is also less environmentally friendly.

The chart below illustrates the weight of EVs and, by the way, reveals how big of a potential for improvements there is. One one hand - higher energy-dense batteries would be welcome, but there are also other options like the cell-to-pack and structural battery packs that could make a big difference in the future.

See more Ioniq 5 in the UK:

** vehicle weight measured with the driver