On 20 August 2021, the first shipment of Made-in-China (MIC) Tesla Model Y arrived in Oslo, Norway onboard the Glovis Supreme. It's one of three ships carrying Model Y to Europe.

According to Morten Grove, who is tracking Tesla's ships, a total of 1,300 Model Y were delivered, which is quite a significant number. The customer deliveries of the cars are expected to start soon.

We must admit that the Norsk elbilforening's video from unloading is a very pleasant sight. The EV association says that the first cars will be delivered as early as Tuesday.

Another look at the "endless" lines of MIC Tesla Model Y in Norway:

Norway is one of the halo markets where manufacturers often deliver hundreds or even thousands of all-new models, ahead of other European markets.

As far as we know, in the case of MIC Tesla Model Y, the cars already reached multiple other countries. Two out of of three ships sent from Shanghai already unloaded at least part of their fleet. In July, tesla exported some 8,210 Model Y.

Let's recall that Tesla launched the Made-in-China Long Range AWD and Performance versions in Europe in July, because the local production in Germany was delayed. Tesla's Elon Musk said that he hopes to start the production in October, however, there are doubts about the volume and whether the new 4680-type cylindrical cells combined with structural battery packs are really ready. If not, then the plant will produce a similar version of the car as the Tesla Factory in Fremont and Giga Shanghai.

Europe is not the only market that is getting the Tesla Model Y. Here we can see images of the first shipment in Hong Kong: 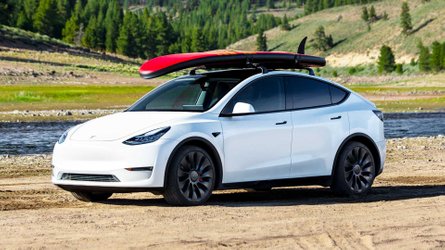 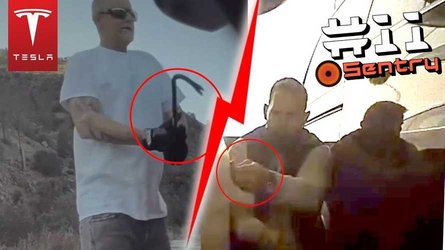