And almost run someone over.

Every person who drives a manual transmission does it all the time, and those who don't make fun of those who do. No, we're not talking about starting the car in gear. We're talking about the obligatory jiggle of the stick to ensure the car isn't in gear. And if there are any distractions between the jiggle and start-up, a second or even third jiggle usually takes place. You know, just to be absolutely sure.

Friends, the poor individual in this video failed the jiggle test. It's bad enough when you forget to jiggle your 92 Honda Civic and drop the clutch, only to have it lurch unexpectedly in front of your friends. It's worse with higher-powered cars, especially older ones that don't have a clutch interlock switch. Sometimes they have enough power to just fire and go, like say, a vintage Porsche 917 race car with a 500-plus bhp flat-12 engine.

That's exactly what happened recently at Pebble Beach. Enorev on Instagram captured the moment this Porsche was unceremoniously brought to life in gear, and folks, it's a bit terrifying just to watch. The context of this startup isn't entirely clear – there was a specific Porsche 917 category at this year's Pebble Beach Concours d'Elegance and vintage race cars were aplenty. The person hidden behind the engine cover is on his knees reaching into the cockpit, announcing its engine just before firing it up. To the Porsche's credit, it hardly hesitates before roaring to life ... and roaring forward. Yikes. 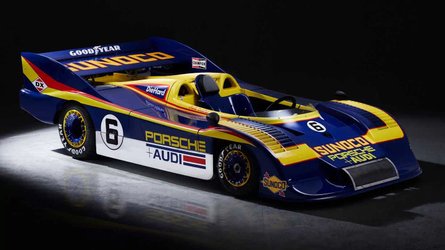 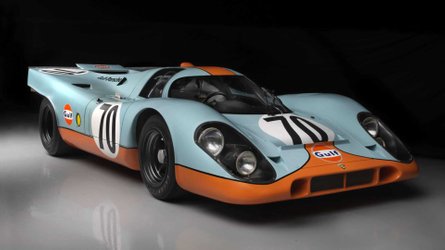 Fortunately, the plethora of onlookers weren't too close to the front of the 917 when it took off. The intrepid individual reaching into the cockpit, however, was along for the ride and we suspect it's two seconds he will never, ever forget. We don't know if the car died out on its own or if he managed to shut it off while hanging on for dear life, but to his credit, he got right back up and did things properly the second time around. Well done, sir.

That said, how many of you will be doing the jiggle at least twice the next time you get in your manual-equipped car after watching this clip?