Is that Daytona Red?

On 17 August 2021, Triumph unveiled its new Speed Triple 1200 RR design prototype with a short teaser video and a handful of closeup photos. The overall impression is one of sleekness, speed, and rather inviting-looking aerodynamic fairings.

Watching the video you see a white line being drawn, but aren’t given much visual context as to where its placement is on the bike. Next, you get a few seconds of up-close time with a clay model artist’s hand as it carefully peels away some clay to refine the model’s shape. Then, you see more hands smoothing clay up around the right front fairing, just to the right of the headlight cluster.

Another glimpse of a white—or possibly light silver—line, and then you see a red glint that could be a light, or it could be camera movement playing with light reflectivity off an unidentifiable surface. It’s so close, it’s unclear exactly what lines we’re being shown. Then, some liquid (water?) beading down off of a surface due to gravity.

Next, a closeup of precise, evenly-spaced stitching in red thread on black. It’s a double row of very neat contrasting stitches on a saddle, which Triumph understandably takes great pride in. Then the letter R comes into focus, looking a bit as though it rose up out of the water to show itself to us. Finally, the whole thing resolves in a red-hued right-side silhouette of a rider crouched down on the Speed Triple 1200 RR design prototype machine.

It’s shrouded in darkness, and all Triumph wants us to see is approximately from the fenders up. Even that small, red-hued amount is illuminated just enough to give a fleeting impression of shape. We see the swoop of the front fairing and windscreen, as well as mirror shape and attachment point. We see the tailpiece, and how the design flows neatly from headlight to taillight.

What we don’t see is if it’s a half-fairing, full-fairing, or what. Traditionally, the Speed Triple is a naked bike, so what does this all mean? If it’s going to be fully faired, why wouldn’t a company like Triumph, which proudly showcases its history as a matter of course, simply call it a Daytona?

Then again, maybe that’s how you know you’ve done a good job with your teaser. If the teaser leaves you with your curiosity piqued, and you want to know more, is it a success? Ask Triumph. The only further information the OEM gives about the Speed Triple 1200 RR is that it is apparently “coming soon.” 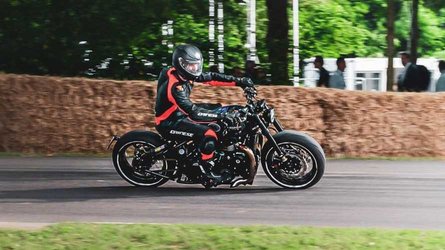 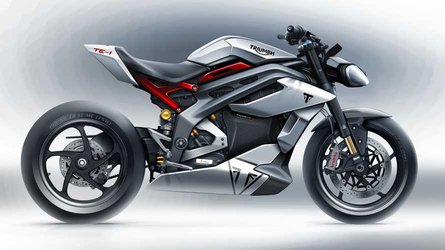 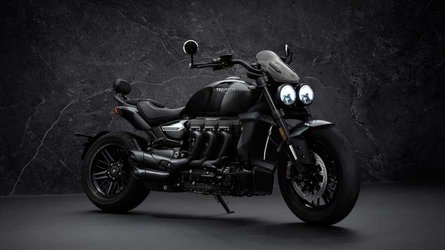 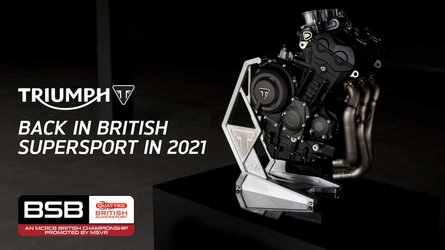 Triumph is getting into British Supersport for 2021