The 21-year-old sports saloon heads to one of the longest runways in the UK.

Even though saloons have fallen out of favour in Europe in the last couple of decades, they used to be quite popular on the Old Continent. So much so that Ford even came out with a sporty version of the Mondeo during the midsize saloon’s second generation.

Fun fact, the ST200 is touted as being one of the only three cars that James May, Jeremy Clarkson, and Richard Hammond all agree is good. The Subaru Legacy Outback is another one, per Captain Slow.

The Grand Tour trio aka Drivetribe founders bought one towards the end of 2020 as a project car and now the more athletic Mondeo Mk2 is in mint condition following a six-month restoration. The first order of business was to test the claimed top speed of 144 mph (232 km/h) and see whether it’s still capable of reaching the velocity promised by the manufacturer some 21 years later.

The ST200 traveled to Kendrew Barracks, home to one of the longest runways in the UK where the amped-up Mondeo was able to stretch its legs. It's worth noting Drivetribe's first project car had its naturally aspirated 2.5-litre V6 Duratec revitalised, an engine that made a healthy 202 bhp and 173 pound-feet (235 Newton-metres) of torque back in the day. The gearbox was swapped out during its lengthy life, but an original transmission from a donor car was put back in during the skin-deep restoration.

The Mondeo ST200 is from a bygone era: 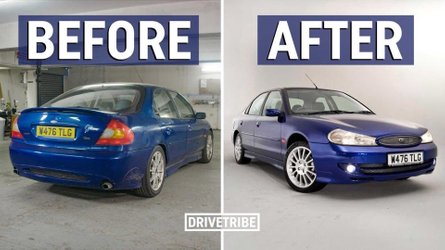 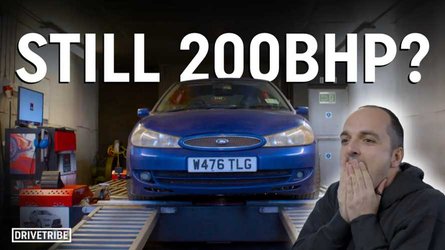 How much power has this Ford Mondeo ST200 lost in 20 years?

How did it fare during the top speed run? Well, let's just say it could've done a lot better. The first attempt ended with a rather disappointing 116 mph (187 km/h), which is the kind of speed you can hit in a new Dacia Logan equipped with a three-cylinder, 1.0-litre turbo engine. The second run was slightly better, though 123 mph (198 km/h) still wasn't even close to the number advertised by the Blue Oval back in 1999 when the ST200 was unveiled.

It would seem the issue stems from gearing as the transmission has an extremely long fourth gear considering the driver is changing into fifth just only when he's about to hit the brakes at the end of the runway. The Mondeo ST200 does seem capable of reaching the 144-mph mark, but it needs an even longer empty stretch of road to fully use that fifth gear. Alternatively, entering the runway while the car is already in motion would increase its odds as the standing start certainly didn't help.