The maximum fine could rise to £160 if new proposals are passed.

The organisation in charge of London’s major roads has announced new plans to increase fines for stopping on the capital’s ‘red routes’. Transport for London (TfL) has proposed increasing the existing maximum penalty charge notice (PCN) for the offence from £130 to £160, claiming this could improve safety.

London’s red routes, which are marked by double red lines at the side of the road, are designed to keep traffic flowing by preventing vehicles from stopping outside of designated locations and at times marked by road signs. TfL, which manages the roads, says failure to follow the rules causes “safety risks” and creates congestion in the capital. Although red routes make up just five percent of all London’s roads, they carry 30 percent of the traffic.

TfL says the cost of a PCN for contraventions on the red route network has not increased in over a decade, with the last increase in April 2011. At that point, the maximum PCN rose from £120 to £130.

Now, TfL says the increase to £160 is in line with inflation since the last increase, and the organisation expects the higher fine to be “a more effective deterrent” that will eventually reduce the number of contraventions and improve red route safety. TfL also expects the increase in compliance to improve bus reliability, reduce congestion and improve air quality, as well as encouraging more people to walk and cycle.

As part of the proposals released this month, the maximum fine would increase to £160, but those who pay within 14 days would have the fine reduced to £80. TfL claims the income generated by the scheme would be re-invested to cover the cost of enforcement and “schemes to reduce road danger”. 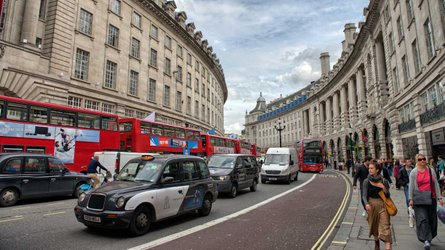 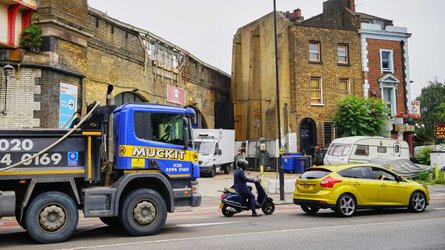 However, the plans are currently in a consultation phase and will not necessarily be introduced in their current form. Siwan Hayward, TfL’s director of compliance and policing, said the organisation would welcome “feedback” on the idea.

“London's network of red routes play a vital role in keeping people moving across the capital, and it's really important that everybody follows the rules that are in place to keep roads clear and to keep people safe,” he said. “We'd much rather people follow the rules than fine them, and the proposed increase in fines is intended to increase compliance with the rules and make streets safer, cleaner and less congested for everyone. I'd urge people to have their say on these proposals and we welcome all feedback on our plans."