The Mini Strip is a minimalist take on the modern automobile

Whether this sustainable concept will inspire future Minis is an open question.

When Sir Alec Issigonis penned the original Mini in the late 1950s, he created one of the all-time great automotive designs. Today, we tend to focus on how good the original Austin and Morris Minis were to drive and the impact they had on motorsport. But Issigonis designed them in response to the Suez Crisis and rising fuel prices in the UK, imagining a stripped-down, efficient form that could accommodate four people and their bags.

The resurrected, BMW-owned Mini has largely embraced the sporty perception of its past at the expense of its efficient, minimalist history. But the Mini Strip, a one-off collaboration between the Anglo-Teutonic brand and British fashion pioneer Paul Smith is a long-overdue return to Issigonis’ original idea for Mini, but with a welcome dose of modern sustainability.

Based on the all-electric Cooper, the Strip’s primary focus is on “Simplicity, Transparency, Sustainability.” For a start, that meant no paint – there’s a thin veneer over the galvanised steel body to protect against corrosion, but otherwise, this car skipped the paint booth at Mini’s Oxford, England factory. There’s a new grille that’s both more aerodynamic and reminiscent of Issigonis’ original design, while designers crafted the wheel covers to cut down on drag. Those touches make for a pleasant combination of efficiency and style.

Mini and Smith took a fascinating approach to the bare cabin – rather than hiding parts of the manufacturing process, they highlighted them, with exposed bolts allegedly shown to demonstrate how easy the car could be broken down at the end of its life.

Aside from the dash, there are no trim pieces, although the exposed elements of the structure wear a fetching shade of blue. 3D printing played a major role in the interior design as well, although fashion aficionados will appreciate Smith’s trademark stripes making an appearance. And of course, sustainable materials like recyclable cork and knitted fabric make up the primary touchpoints. With history still somewhat in mind, Mini updated its trademark centre speedometer. Rather than an environmentally unfriendly display, you’ll find a simple holster for a smartphone. 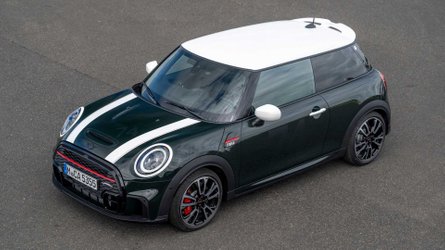 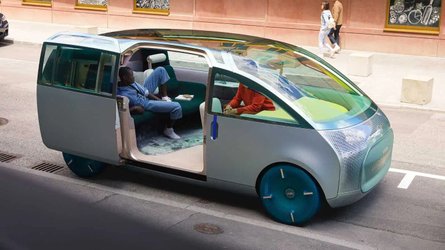 While the Mini Strip won’t make production, its introduction is a promising sign that Mini is taking sustainable production seriously. Whether that means a simpler EV, like the Rocketman Concept, will make production remains an open question, though.