Lots of carbon fiber keeps the weight down to 1,175 kg.

Gunther Werks shows off its interpretation of one of the rarest Porsche 911s ever to leave Zuffenhausen. The company is displaying the 993 Speedster Remastered at The Quail during Monterey Car Week.

Porsche made just two 993-generation 911 Speedsters. One was for original 911 designer Butzi Porsche, and the other was a commission by Jerry Seinfeld.

The 993 Speedster Remastered at The Quail wears Peninsula Cypan paint and a wild mix of Mandarin Orange and green leather upholstery. To retain chassis rigidity, the spot usually for the rear seats now houses body reinforcements. A carbon fibre tonneau cover covers this area and incorporates roll hoops. The windshield has a carbon fibre frame and cowl with aluminium reinforcements.

Gunther Werks also adds bullet-shaped aluminium side mirrors and a carbon fibre front splitter. Buyers can upgrade to five-spoke wheels that look like the classic Fuchs design but with carbon fibre barrels and magnesium centres. The exhaust tips are 3D-printed Inconel.

In all, the 993 Speedster Remastered weighs just 1,175 kilograms. 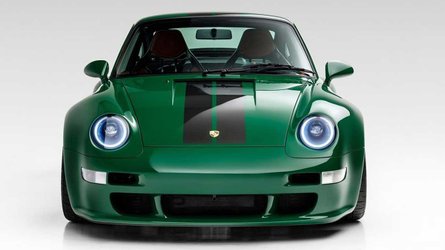 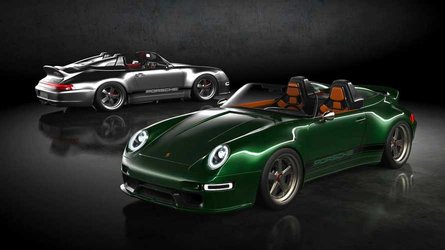 The power runs through a Getrag G50 six-speed manual gearbox with revised ratios and a new differential with carbon clutches.

The model rides on an adaptive suspension from JRZ that offers three modes to select from – Composed, Sport, and Sport Plus. The front and rear anti-roll bars come from Eisenlohr Racing, and there's a front strut brace. To stop, there are Brembo six-piston callipers in front and four-piston stoppers at the back.

Gunther Werks is making just 25 examples of the 993 Speedster Remastered. Production should begin in early 2022.