Unfortunately, one car must hit it to warn others.

The world is growing ever-closer through technology, and that certainly includes cars. Mercedes-Benz is no stranger to advanced automotive tech; it introduced vehicle communications to transmit warnings in 2013 and that evolved to become the Car-to-X Communication system in 2016. Now, that system is further enhanced on new S-Class, C-Class, and EQS models to detect potholes and other hazards, and warn other Mercedes drivers in the area.

In short, the aforementioned models have an updated system with algorithms that monitor sudden suspension compression and extension on the front and rear wheels. When a certain threshold is reached, the system decides the car just hit a pothole. The location is then sent through the car's communication suite to the Mercedes-Benz Cloud service, which relays that to other Mercs in the area with the Car-to-X Communication system enabled. For models going back to 2016, the warning will show up as a standard traffic event alert with an audible prompt. On the new models, however, it will specifically identify the issue as a pothole.

In fact, Mercedes specifically says the audible alert is "look out, pothole!" The same algorithm can detect and alert drivers to speed bumps, while offering a similarly specific alert to drivers in the newest Mercs. The system can also detect and issue alerts for a variety of driving situations, including things like crosswinds or slippery roads that require the car's stability systems to activate. If windscreen wipers are turned to full speed or the fog lights activated, it will send out weather alerts, among other things.

Of course, there are some obvious caveats to the effectiveness of the system. Among other things, it only provides warnings if at least one car already encountered the event. The system only communicates with other Mercedes vehicles, and they aren't quite as common as, say, a Toyota RAV4.

More on the newest Mercs: 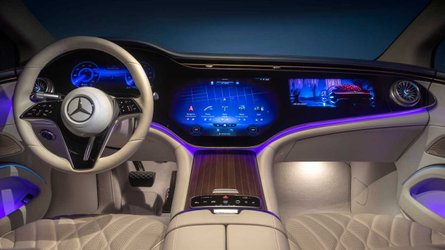 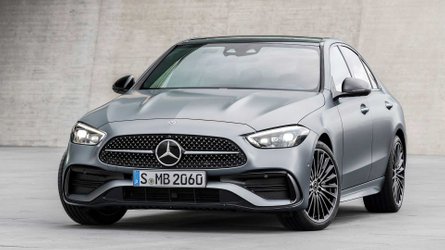 It also requires the vehicle owner to have a current Mercedes me account for the service to work, and while it's free for the first three years of ownership, there is a subscription fee afterwards.