Earlier this week, Lamborghini announced that the Countach name is returning, teasing the sleek supercar by it hiding under a sheet. Today, the Italian automaker has dropped three new teaser images on Instagram that give us our first glimpse at what we should expect from the car’s design. The three images reveal slivers of the supercar, showing that it will sport some retro styling cues.

The new teasers show off quite a bit without revealing much of the car. One image shows off the sharp-nosed front end with the lowercase Countach badge on the slim grille. The photo reveals a massive lower opening and a deep front splitter. The second teaser image allows us to peer into the engine bay at the gold-accented V12 engine. It's unclear if Lamborghini will pair the engine with electric assist, though the possibility is there. The V12 as we know it will get replaced with one that's a hybrid.

The final image reveals the most Countach-like styling feature we've seen so far – the engine air intake behind the passenger compartment. The intake's square-ish shape looks nearly identical to the one on the original supercar. A black fuel filler cap sits just ahead of it. These are the first teasers that actually show us the car, and they look promising, confirming the wedge-shaped design alluded to in the teaser image. 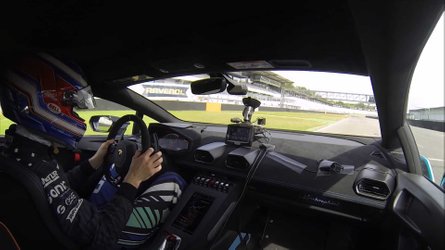 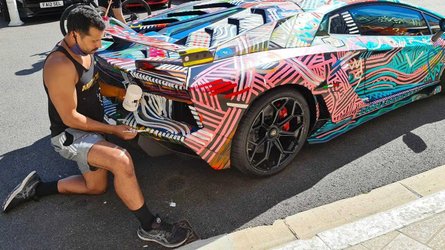 Lamborghini hasn't announced when it'll reveal the new Countach. In the Instagram post, the company said we should "stay tuned to discover" more about the new supercar, though it fails to tell us when to tune in. It's unclear if this is an all-new model or something scheduled for a limited production run; however, this month's 2021 Pebble Beach Concours d'Elegance would be an appropriate venue to reveal such a supercar. Either way, we hope we don't have to wait too long.