Citroen has tweaked its Berlingo MPV line-up in the UK, giving customers a slimmed-down range that starts at £22,135. Set for introduction in October, the new-look range comes with minor updates to the internal and external design, while there’s more focus on the popular Rip Curl trim level.

Chief among the changes is the arrival of a new 10-inch digital instrument display on the Rip Curl and Flair XTR models. The new, customisable screen replaces the traditional analogue dials currently found on these versions of the Berlingo.

Alongside the new instrument cluster is a new e-Toggle gear selector for automatic transmissions. Already in service in the new C4 family hatchback, the e-Toggle rocker switch replaces the rotary selector previously found on eight-speed automatic versions of the Berlingo. The e-Toggle will also feature in electric versions of the Berlingo, which will arrive on UK roads next year.

At the same time, Citroen has tweaked the Berlingo range so the Rip Curl versions, created in collaboration with the Rip Curl surfing brand, are now “core” models in the line-up. Effectively replacing the outgoing Flair trim level, the Rip Curl trim sits in the middle of the range and is only offered with the shorter ‘M’ (for medium) body length.

As before, the Feel trim will form the foot of the range, offering customers the option of the M body or the larger XL style. However, it now comes with fewer powertrain options after the deletion of the PureTech 110 manual from the larger-bodied XL model’s range. At the opposite end of the spectrum, the Flair XTR will head up the range, available exclusively with the most powerful engines and a choice of M or XL body types.

Later this year, the electric e-Berlingo will also go on sale, offering customers a choice of M and XL body styles. It will also come with a 134 bhp electric motor and a 50 kWh battery pack allowing it to travel up to 174 miles from a full charge. Prices will start at £29,575 after the Government’s Plug-in Car Grant has been applied, and the first deliveries are expected in early 2022.

More on the new Citroen e-Berlingo: 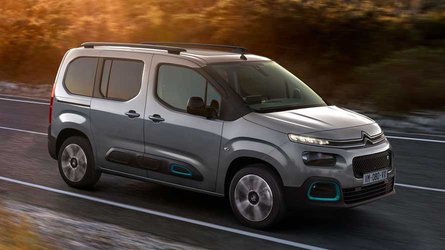 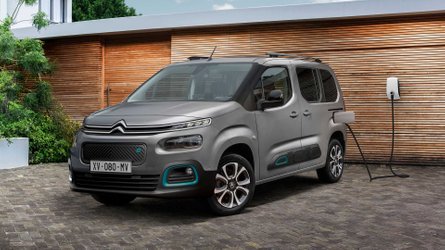