This rare 1 of 2 RUF Slantnose Cabriolet has a problem. Although it was featured as part of a car collection and on the cover of Road and Track, it hasn’t been washed in years. Thankfully Larry Kosilla of AMMO NYC is here to save the day. Larry is one of the best car detailers on the planet which makes him the perfect man for the job. Now sit back and relax as we get to watch this dirty RUF emerge as a perfectly clean collector's item.

The slant nose Porsche 911 was developed to make the Porsche 911 more aerodynamic and able to achieve higher top speeds. This unique design was polarising at best and is a rarity among the Porsche community with collectors lining up to own a unique slantnose 911.

Wash it all away: 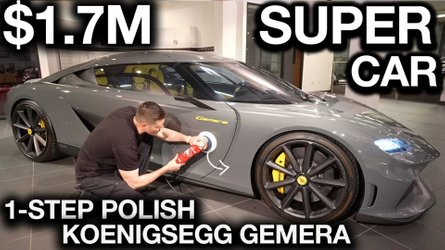 Detailing a Koenigsegg Gemera in two hours is challenging
⠀ 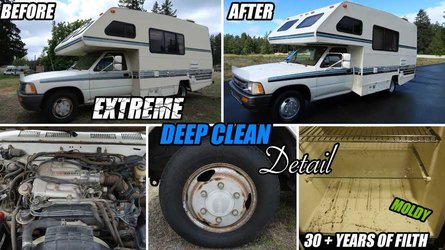 This particular Porsche 911 slantnose comes from the legendary Porsche tuning house RUF and is one of only two cabriolet versions. RUF has been working on Porsche’s since 1975 with their first complete model, the Yellow Bird, debuting in 1977. In 1988 RUF launched a 25 vehicle run of RUF BTRs based on the Porsche 930, which is the Porsche 911 Turbo for non-Porsche nerds.

The RUF BTR featured RUF wheels, bodywork, RUF’s 5-speed manual transmission, and a masterpiece of a flat-6. RUF took the Porsche 930 slantnose’s flat-6 and threw out everything but the block. The block was then bored out to 3.4 litres and featured upgraded pistons, twin-spark ignition, and a bigger turbocharger which was good for a 32% increase in power output. The RUF BTR put down an impressive 375 bhp thanks to RUF’s work.

A special car like this RUF CTR Cabriolet deserves a top-notch detail. Based on this relaxing video, it’s safe to say larry’s attention to detail is beyond impressive. We look forward to seeing the final results in part 2 of this video series.