This is what the upcoming M2 could look like if we’re lucky.

It's only a matter of time before the new BMW 2 Series gets a proper M treatment, as its predecessor did. In fact, we've already seen spy photos of the upcoming performance coupe testing on and around the Nurburgring. But our friends at Kolesa.ru have provided an early look at the upcoming M2 via Photoshop, imagining what the new coupe might look like when it officially reaches production.

This rendering looks much sharper than both the base 230i and the sporty M240i. The mockup features a large opening at the base of the bumper that we may or may not have seen already, two sizeable vents on either side of that, and some changes to the kidneys grilles, like horizontal slats instead of mesh, and an embedded "M2" badge in the top right corner, naturally.

The backside of this M2 rendering is a bit more subtle. The same taillight treatment from the M240i carries over, complete with black accents and unique LED detailing. But now there's a new carbon fibre spoiler atop the trunk lid, larger (and possibly functional) vent openings behind the wheels, and quad exhaust tips embedded within a large black diffuser.

It's still unclear exactly what's happening under the bonnet, but we believe that the new M2 will have a turbocharged inline-six (detuned S58) capable of 490 bhp and 406 lb-ft. Rumours also suggest that this version will offer a manual gearbox alongside the automatic, and could be rear-wheel drive only. 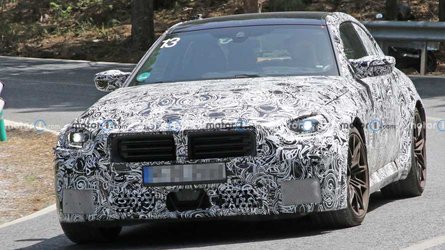 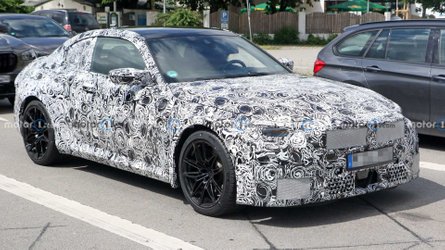 2023 BMW M2 spied in traffic and on the Nurburgring

But until BMW officially debuts the new M2, buyers will be able to get their hands on either of the two current models. The base 230i uses a turbocharged 2.0-litre inline-four to produce 255 bhp, while the sportier M240i sports a turbocharged 3.0-litre inline-six that makes a more robust 382 bhp. Both of those cars will go on sale later this year, and BMW will release pricing information closer to their on-sale date.