Updated Seat Ibiza goes on sale at just under £17k

The revamped hatchback comes with a fresh design and more tech.

The recently revealed, new-look Seat Ibiza has gone on sale in the UK with prices starting at just under £17,000. The popular Spanish hatchback comes with a refreshed exterior design and a modified cabin, complete with improved in-car connectivity and a digital instrument display for high-end models.

But the new-look line-up kicks off with the £16,945 SE model, with its 15-inch alloy wheels, LED headlights and 8.25-inch touchscreen. The car also comes with a sporty flat-bottomed, leather-trimmed steering wheel as standard, while the Apple CarPlay and Android Auto smartphone connectivity systems are also thrown in. Air conditioning also features on the list of standard equipment, as does cruise control, but rear parking sensors are an optional extra.

Stepping up to SE Technology trim takes the price to £17,875, but you get larger 16-inch alloy wheels and a different touchscreen. The larger 9.2-inch screen comes with satellite navigation and SD card map updates for a year.

Above the SE Technology model, customers are faced with a choice. You can go down the sporty FR route or pick one of the more luxurious Xcellence models. Prices are almost identical to within a few hundred pounds.

Assuming you go down the sporty route, the next rung of the Ibiza ladder is the FR. That car gets sportier exterior styling, 17-inch alloy wheels and dark-tinted windows, as well as sports seats, two-zone climate control and automatic windscreen wipers. Sports suspension is also included in the £19,285 starting price.

If you have £20,140 to spend, you can have the FR Sport model, which builds on FR trim with larger 18-inch alloy wheels and a digital instrument display. The more luxurious version is also set apart by its comfort seats, which have storage pockets in the back rest.

Alternatively, going down the Xcellence route costs at least £19,500, which buys you 17-inch alloy wheels, chrome exterior trim and comfort suspension. You also get keyless entry and ignition, as well as rear parking sensors and a front centre armrest.

If you upgrade to the £20,350 Xcellence Lux, you can have a digital instrument cluster, a reversing camera and adaptive cruise control that maintains a safe distance to the vehicle in front. A handful of other safety features are also thrown in.

More on the new Seat Ibiza: 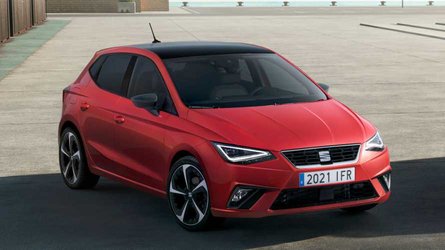 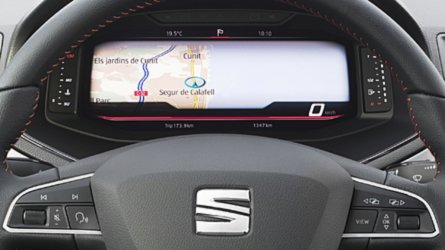 At present, Ibiza customers get a choice of just two engines. The SE and SE Technology models are only offered with a 1-litre, three-cylinder petrol engine with 94 bhp and a manual gearbox, whereas the FR, FR Sport, Xcellence and Xcellence Lux models are also available with a 109 bhp version of that same engine. The more potent option also comes with a choice of manual and automatic gearboxes.

The engine range is expected to grow later this year, however, with Seat promising an ‘MPI’ engine is in the pipeline. However, MPI engines have traditionally been less powerful than the TSI motors already announced, suggesting a new entry-level powerplant could be on its way. If so, that could mean the starting price will be reduced, but it’s less promising on the performance front.