Detailing a Koenigsegg Gemera in two hours is challenging

To say the least.

Sometimes even exotic supercar automakers like Koenigsegg and Lotus don’t have dedicated auto detailing teams. That’s probably because the main focus of these manufacturers is bringing the best possible performance to the market with little attention to the looks. But even those companies know that when you are selling a car that costs more than £1.5 million, you have to be absolutely perfect down to the smallest details.

That’s why Koenigsegg wanted to give the Gemera a quick polish after the four-seat supercar toured the world and was filmed by many popular vloggers. The Swedish automaker called the detailer specialists at Ammo NYC to come to Manhattan Motor Cars and remove a few scratches and swirls from the car. Yes, it sounds like an easy job for a professional but there’s a catch.

The detailers had just about two hours to finish the job as they were asked to do it after the work hours of the dealership. Also, they had to do it before the night guard closed the showroom as the Gemera was on its way to Boston immediately afterward. So, to sum up, the team had less than two hours to polish and detail one of the most expensive cars in the world. Yeah, no pressure.

Thankfully for Ammo NYC, they had to remove just several specific scratches with most of them being on the driver’s door. It was not a complete body polish and this meant there was enough time for a quick walkaround tour of the Gemera. When you are that good at your job, you can always spend a little time enjoying the work of other great professionals. 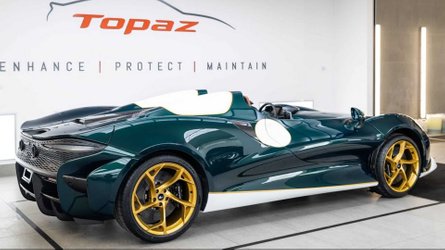 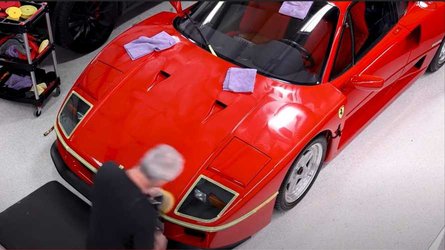 What’s next for the Gemera? It’s on its way to Boston and then, probably, to other destinations around the country and around the world. Christian von Koenigsegg recently admitted he is a fan of the idea of a Mad Max-style lifted Gemera and it’d be very interesting to watch a full polish and protection of that car after it goes out in the wild for a little fun.