As the video’s host points out, this is probably the single most special Kia vehicle ever.

What will make buyers choose the Kia EV6 over the mechanically related Hyundai Ioniq 5? Well, it won’t really be the specs, because the two are very similar, so it will probably be the look, feel and style of each vehicle and how they match up to buyers’ personal preference.

The Kia EV6 has still not been driven by journalists, so it can’t really be compared to the Ioniq 5 in the real world yet, but we have been given a very detailed look around the new EV by the Fully Charged Show YouTube channel; they were invited to a ‘super secret location’ in the United Kingdom to check out the EV6, although it was only a static presentation for now.

The vehicle in the video is a pre-production model, but it should still remain basically unchanged for production. Apparently it’s one of just two EV6s currently in the UK, and we really have to say it looks quite good in the video finished in matte silver and riding on the five-spoke aero wheels - it really seems to look better than in some of the official photos, especially from the front.

The ‘digital tiger’ front fascia that Kia is quite proud about didn’t look as good in the official photos and footage as it does in this video. And the front isn’t the only polarising part of the exterior - the side and rear views are equally striking, but again, there’s something about the way this video was shot that puts it in a better light than before, even the daring rear light clusters that curve around the side of the car and link to the rear wheel arch.

Inside, it’s not quite as striking, but it does carry over the techy, futuristic vibe from outside. Most of the controls, the infotainment and digital gauge cluster graphics seem very similar to other more conventional Kia models, and even though it does have touch-sensitive climate controls, it’s still a fairly conventional vehicle to operate.

The video does mention the EV6’s unique so-called zero gravity seats. They are said to be extremely comfortable and they should make waiting for the vehicle to charge easier and more relaxing than in other vehicles. Overall, the EV6 seems like a great mix of modern, futuristic design, as well as usability - let’s see how it all comes together out on the road.

More on the Kia EV6: 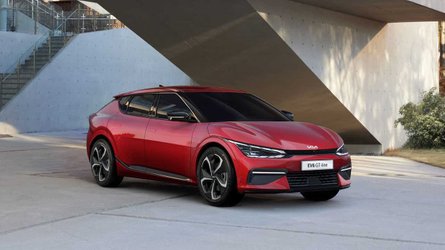 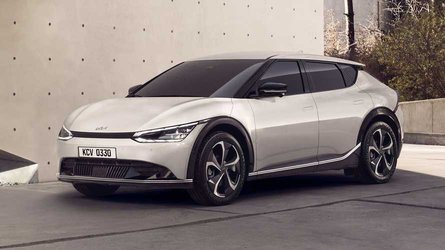