The average British car is parked up for 23 hours a day, according to new research from the RAC Foundation. The organisation published the data as part of a new report that used data from leading net zero data analytics consultancy Field Dynamics, the Ordnance Survey and the government.

The figures reveal the average British car spent just 4.4 percent of the 2018-19 financial year on the move, but it whiled away almost three-quarters (72.6 percent) of its time parked at its owner’s home address. The remainder of the time was spent parked away from home.

According to the report, those figures would have been familiar to motorists more than 20 years ago, because the proportion of time spent on the road is roughly unchanged. Back in 1995-96, the RAC Foundation says cars were driven for 4.9 percent of the year, and parked at home for 69.1 percent of the time.

As well as betraying a lack of change in our motoring habits over the past couple of decades, the RAC Foundation’s director, Steve Gooding, says it’s good news for electric vehicles. According to Gooding, the figures suggest there’s plenty of time for drivers to charge their vehicles either at home or in a car park, giving them enough battery power to cover most of their journeys.

“The average car is driven just one hour out of every 24, a proportion that is almost the same as it was back in 1995,” he said. “However, this lack of use does have one silver lining. It means that there is ample opportunity for recharging the next generation of electric vehicles, particularly at home, or at work – so making best use of our cars’ ‘down-time’ rather than us having to make a specific trip just to get refuelled.

“There is clearly a lot of attention focused on providing a rapid public charging network to help address drivers’ range anxiety, but this data shows there is plenty of scope for slower, potentially cheaper recharging facilities to be installed at people’s homes, where the average car spends so much of its time.”

“Not only are cars getting bigger; there are also more of them,” said Gooding. “This is putting huge pressure on roadside space and explains why many of us feel that the parking bays in car parks don’t seem quite big enough.

“Crucially, domestic garages are also often unfit for their intended purpose. The planning system needs to recognise that garage design needs to catch up with vehicle design, or throw in the towel and recognise that they are, in practice, garden sheds, which means thinking again about where the family car is going to be parked.”

More on car use in the UK: 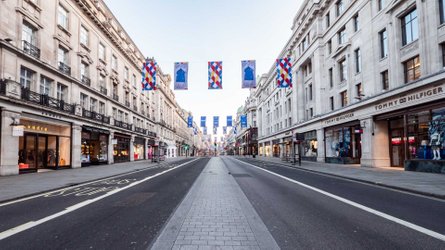 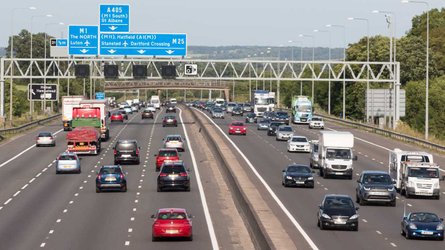 Cars 'more important than ever' according to new research
By: James Fossdyke
++