These pickups aren't for drag racing, so let's see what they can do.

The Toyota Hilux and Volkswagen Amarok are two of the more popular pickups in Europe. If you see them at a drag strip, though, they are usually hauling stuff or towing broken down racers. However, CarWow got hold of these two trucks and subjected them to some trips down the quarter-mile.

Clearly, the VW comes to this fight with a major advantage in power, but the Toyota might be able to make up the difference with Sport and Power modes.

However, those settings don't make any difference. The Amarok absolutely leaves the Hilux in its dust. The same result happens in every race, including from a roll. The Toyota truck even loses the braking challenge.

It's worth noting that this is the recently updated Hilux. For the 2021 model year, the 2.8-litre engine is more powerful, and the output of the 2.4-litre diesel remains the same. There are also longer-travel shocks and tweaked leaf springs. 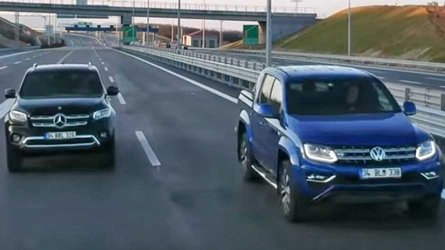 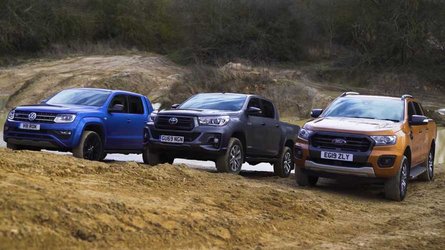 Meanwhile, the current generation of the Amarok is very near the end of its run. The next one rides on the same underpinnings as the replacement for the Ford Ranger and has an unveiling in 2022.

There is a rumour that Toyota is prepping a GR version of the next Hilux, which reportedly arrives in  2023 or later. It allegedly gets the twin-turbo 3.3-litre diesel from the new Land Cruiser that makes 305 bhp (227 kW) and 516 lb-ft (700 Nm). This would be a challenger against the next-gen Ford Ranger Raptor.