Due to “the last few difficult races we had” against rival Red Bull.

Lewis Hamilton has explained his decision to make increased use of Mercedes’ Formula 1 simulator in 2021 following “the last few difficult races we had” against rival Red Bull.

The world champion has only been rarely known to visit Mercedes’ F1 simulator at its Brackley base during the season in recent campaigns but has twice gone to put in extra hours with his squad in recent weeks in response to Red Bull leading the way in 2021.

It is understood that Hamilton drove the Mercedes simulator on the Wednesday ahead of last weekend’s Styrian Grand Prix and returned to the UK to do so again on Wednesday – ahead of the upcoming Austrian GP, which is also taking place at the Red Bull Ring in what is so far F1’s only planned repeat event of the 2021 season.

Hamilton was asked about his increased simulator work in the pre-event press conference for this weekend’s race, where he explained that he “can't say that I've necessarily enjoyed it”, although he stressed “overall it's been positive”.

Hamilton said: “I think just really, you know, particularly after the last few difficult races we’ve had, I just went in to try and see if there's any way I could try and help the team just be better prepared.

“I think there's been a couple of good things from it, but not life changing.

“And so, I'll continue to work with [Mercedes simulator driver] Anthony [Davidson] still and we've got drivers on there that do a lot of work.

“I think just working on the processes of how we communicate with them on their programme so we're getting the right things tested.

“I think overall it's been positive.” 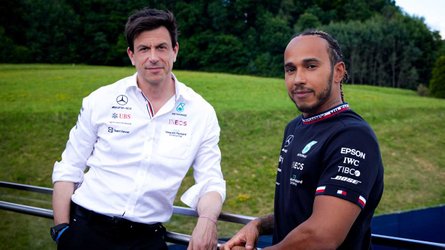 Mercedes: 'No distractions' from Hamilton F1 contract amid title fight 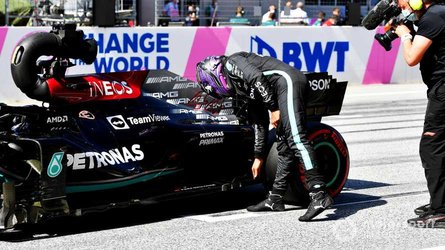 When asked how he was feeling about the current state of the title fight – where Red Bull has forged a clear lead with four consecutive wins, with Verstappen taking three of them – Hamilton replied: “I don't really find myself like being concerned as such.

“Of course, it's a time we were all pushing as hard as we can. Of course, we'd love to have more pace.

“At the moment, to be able to really challenge not only just winning in qualifying, but in the race, obviously they're continuing to take steps forwards and I just I can't get tied up and get into that negative bubble of worrying.

“All I do right now is just try to put all the energy into making sure I'm best prepared, helping engineers be best prepared. Lots of great conversations.

“And this is a time when we just come together and we unite and we work as hard as we can to rectify whatever issues we have.

“That's what we do and that's why we're world champions and have confidence in the team that we can do that.”