Has the world gone mad – a modern Bugatti with the engine in front of the driver? The folks from Molsheim toyed around with the idea at the end of the 1990s with the EB 118 and EB 218 concepts before coming out with the Galibier in 2005. Then there were the secret Atlantic and Rembrandt concepts from the last decade, which you can read all about in this Top Gear article.

For various reasons – including the 2008's financial crisis and the Volkswagen Group's Dieselgate scandal – none of these morphed into production cars. Bugatti soldiers on with the mid-mounted W16 formula with the Chiron and its many derivatives, but that didn't stop independent artist Rain Prisk from imagining a front-engined hypercar, a sleek one at that. 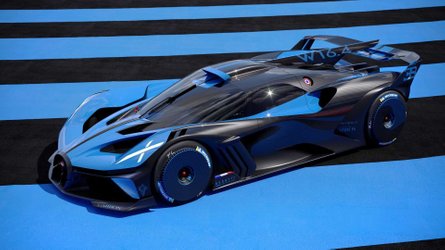 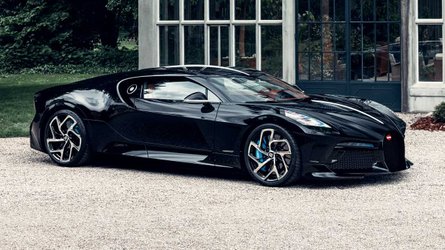 The rendering takes cues from recent Bugatti models, including the Centodieci's minimalist headlights and the wheels from the record-breaking Chiron Super Sport 300+ prototype. Would it be technically possible to cram the quad-turbo 8.0-litre under a front bonnet? Well, the aforementioned Rembrandt was imagined with an exposed W16, so at least in theory, it should be doable.

If not, the Atlantic was conceived to accommodate a smaller twin-turbo V8 as a more affordable alternative to the mighty Chiron. The rendering and Bugatti's own concepts go to show the brand's lineup has room to expand, especially since electrification is inevitable. With Rimac believed to be involved in the company's future, there could be some significant changes in tow for the French marque.

A more GT-focused Bugatti would be a nice addition to the range, but there are multiple reports indicating a second model to join the Chiron could be something along the lines of an SUV. With Ferrari and Lotus joining the sports utility vehicle craze, that leaves Bugatti, McLaren, Koenigsegg, and very few other high-end automakers without an SUV. For now…