Earlier this month, Nissan announced that the new Z would finally debut in its production form this August. The official date is 17 August, and the big reveal will happen in the Big Apple. The automaker previewed the new sports car late last year with the Z Proto, a concept that Nissan promised was close in design to the production model. We’ll know how close in a few months, but until then, a new spy video tries to peel back the camouflage.

The video captures two test vehicles in Arizona, though one is completely hidden under a tan car cover. The other is fully exposed, though it wears the same tight camouflage wrap worn on another recently captured test vehicle. However, even the camo can’t hide how similar it is to the concept. The test car has the same fastback look, and the squared-off styling Nissan previewed last year. If you liked the concept, there’s little doubt you’ll like the production version, too.

The video doesn’t capture the car in motion, so we still don’t know what’s hiding under the bonnet. Rumours point to Nissan borrowing the twin-turbocharged 3.0-litre V6 from the Infiniti Q60. The engine is expected to make around 400 bhp (298 kilowatts) in the Z, which will have a manual gearbox as standard sending power to the rear wheels. An automatic will be an available option. 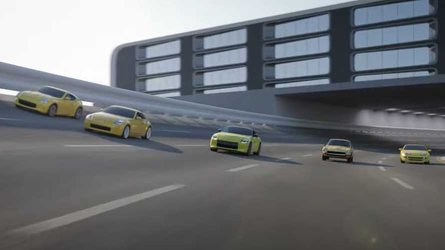 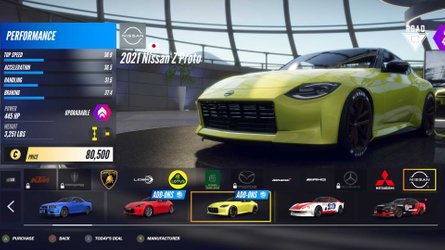 We don’t get to see the Z’s interior, though it, too, shouldn’t stray far from the concept. That means we should see the concept’s triple gauge design, digital instrument cluster, and 8.0-inch touchscreen carry over with few changes. Although the Z is not coming to Europe, rumours point to the new Z starting at $34,995 (approx. £25,300) in the US when it does arrive, which is quite competitive. We’ll hopefully know all the details in a few months when Nissan finally reveals the new Z in New York City.