The hot hatch gets a predictable design update.

[UPDATE] Full image gallery and a video have been embedded. In addition, the technical specifications have been confirmed: 204-horsepower 2.0 TSI engine with 236 lb-ft (320 Nm), seven-speed dual-clutch automatic-only, and a 0 to 62 mph (100 km/h) sprint in 6.5 seconds.

It was a little over two months ago when Volkswagen introduced the facelifted Polo lineup in all but the range-topping GTI flavour. The hot hatch version is now making its world premiere in a rather unusual place as the images were shared on LinkedIn by Ralf Brandstätter, Chief Executive Officer Volkswagen Passenger Cars. At the moment of writing, only two photos have been published, showing the predictable design evolution of the amped-up Polo.

Naturally, it gets the fully redesigned headlights and wider taillights of the regular supermini, but the design has been spruced up with the usual red accents, dual exhaust tips, and a honeycomb grille with built-in LED daytime running lights akin to the Golf GTI. Chunky two-tone alloy wheels with upgraded brakes featuring red callipers are also noticeable, as are the contrasting black mirrors and roof.

Ralf Brandstätter is promising a “powerful TSI” engine, and he’s likely referring to a turbocharged 2.0-litre petrol mill that produced 204 bhp (152 kW) and 236 lb-ft (320 Nm) towards the end of the pre-facelift model’s life. The Polo GTI offered a six-speed manual gearbox for a while, but the clutch pedal was dropped and it will be interesting to see whether the updated model will also be a DSG-only affair.

Images of the interior have not been provided, but we're expecting a standard digital instrument cluster, new climate controls similar to those of the updated Tiguan and Arteon, along with a 9.2-inch touchscreen for the infotainment system.

VW has promised to unveil the revised Polo GTI before the end of the month, and since it's already 30 June, the full debut must be imminent. We will update this story once the peeps from Wolfsburg release technical specifications and a complete photo gallery of their Fiesta ST and i20 N fighter.

It will do battle with these hot hatches: 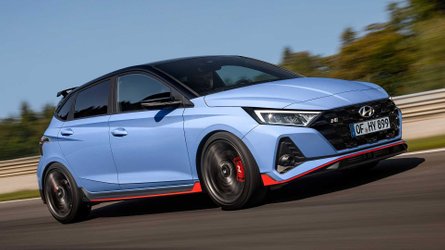 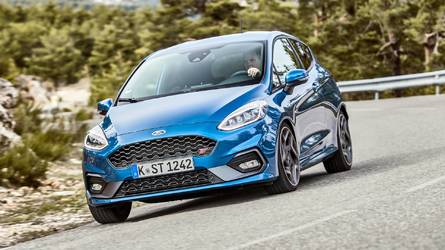